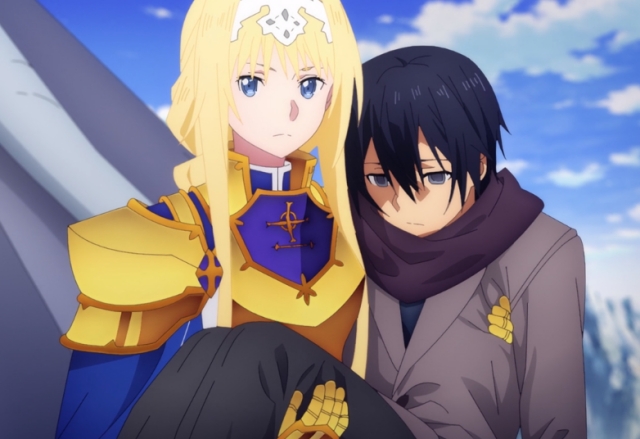 “Sword Art Online: Alicization – War of Underworld” episode 5 will show the night before the major battle begins. Alice brought Kirito in their camp, and Eldrie asked her to abandon the “young man” she brought because she will not be able to fight while protecting him. He said that he would only be a big hindrance since they will be fighting fifty thousand men when they only have a small army of three thousand.

Recap - The arrival of Dark Territory

As shared on Comic Book, Gabriel Miller tried to adjust to his new role as Emperor Vecta, the king of the Dark Territory that was recently awakened after Lipia tried to kill her by stabbing. Vecta sensed what she was trying to do, so when she arrived in his room, he choked Lipia, and her soul goes into his body.

A brief flashback of Gabriel’s childhood obsession with souls. It was revealed that he has always been interested and wants to know more about souls and death, so since he was young, he has been chasing after this knowledge like crazy.

The flashback also disclosed a shocking murder that Gabriel committed in the past where the victim was his own childhood friend Alicia. He killed her through stabbing in the brain because he thought he could find the soul in her head.

What will happen next?

“Sword Art Online: Alicization – War of Underworld” episode 5 is called “The Night Before Battle,” and as this title suggests, it will show the events that occurred hours before the war. Alice and Kirito arrived in the camp close to the Eastern Gate, and she realized that the gate is about to fall soon. This means that the wall between the human empire and the dark territory is breaking, and they should prepare for the battle.

“Alice and Kirito have arrived at the military camp outside of the eastern corridor, with Alice being wary of Kirito's safety,” the synopsis for “Sword Art Online: Alicization – War of Underworld” episode 5 reads. “Alice and the other Integrity Knights work to come up with a plan to combat the army of the Dark Territory.”

Meanwhile, Alice entrusted Kirito to Ronie and Tiese while Alice and the Knights prepare for the battle. They are outnumbered, but they trust that they can overcome the hurdles. “Sword Art Online: Alicization – War of Underworld” episode 5 was released on Nov. 9, but the English version has yet to arrive.