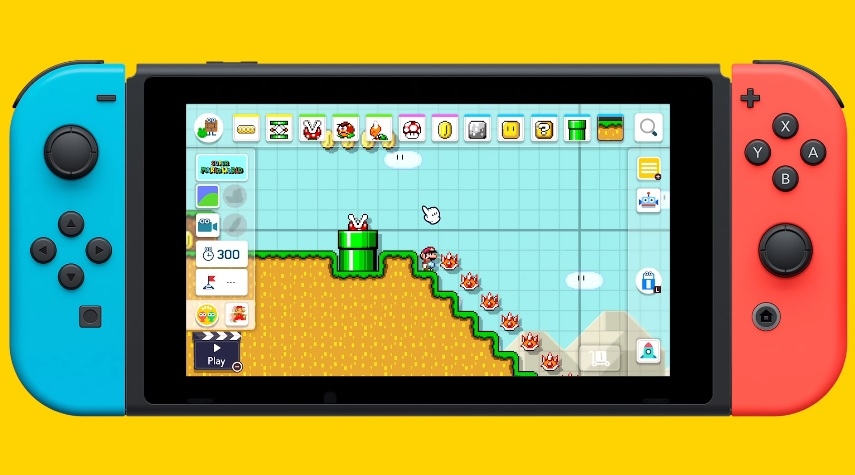 It took Nintendo about a couple of months to reveal the much-awaited gameplay and pre-order details for “Super Mario Maker 2.” But the good news is these have been confirmed recently including new features arriving in the Nintendo Switch-exclusive game.

The basic concept of playing “Super Mario Maker 2” does not differ much from its same title predecessor. However, as expected, Nintendo beefed up the available features and characters that players can use in designing a custom level. The game was first announced in February, but the said details were only revealed about a week ago, though, not through a grand presentation.

The video game company held a financial results briefing on Friday where more details were mentioned about “Super Mario Maker 2.” However, Nintendo still seemed secretive at the time. “This title is filled with new gameplay mechanics and new ways to play that were not previously available in the series,” Nintendo president Shuntaro Furukawa said. “The game takes full advantage of the features of Nintendo Switch to allow anyone to freely create and play their own custom ‘Super Mario’ levels.”

However, fans may recall that just a few days before the earnings call, Nintendo Europe announced that pre-ordering “Super Mario Maker 2” give players the chance to get their own Nintendo Switch stylus.

If you pre-order #SuperMarioMaker 2 physically at retail stores, you can get a #NintendoSwitch stylus. ✏️

Please check with your local retailer for information on availability. pic.twitter.com/pl3b4Vso70

As previously reported, the UK online store of Nintendo offers a free pen and paper when pre-ordering the game. Now, the video game company makes pre-ordering “Super Mario Maker 2” even more worth it with the announcement of the Switch stylus. It is, however, unclear if this will become available in U.S. stores as well.

As mentioned, the new gameplay features arriving in “Super Mario Maker 2” were not confirmed through a media briefing. Fans in Japan happen to discover that new in-store flyers carry these details. Nevertheless, it confirmed that Meowser and Charvaarghs are coming to the game along with the all-new Jungle world features.

The said flyers contained new “Super Mario Maker 2” gameplay screenshots. However, Nintendo has yet to release a comprehensive walkthrough video. Some fans suggest that the video game company might end up waiting for E3 in June to hold a Nintendo Direct presentation to preview these gameplay features in action. “Super Mario Maker 2” is now slated to be released on June 28.