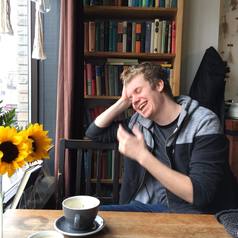 Stranger Things’ most recent season, which set Netflix viewership milestones and had an estimated budget of $30 million per episode, has a subplot focused around a famed conspiracy of satanism tied to children playing Dungeons and Dragons (DnD) in the 1980s. And it’s one that does a pretty good job mirroring the issues society has with conspiracy theory today.

On the same weekend of the release of the Season Four finale of Stranger Things, the so-called “freedom convoy” returned to Canada’s capital reminding us of the conspiracy-fuelled event from February.

Stranger Things’ conspiracy leanings point out how easily influenced people can be when they are clamouring for answers during times of uncertainty, and how in order to move forward people must be open to challenging their perspectives.

From Hellfire to pandemic pandemonium

In Stranger Things the conspiracy theory sub-narrative revolves around high school basketball team captain Jason Carver. Jason’s girlfriend, Chrissy Cunningham, is murdered by the show’s villain (Vecna) but he, the town and its police force focus their investigation on drug dealer and leader of the Hellfire DnD club, Eddie Munson. Jason mobilizes the town to hunt down members of the club who he believes have become servants of the devil.

Conspiracy theories emerge from people trying to find answers. In Stranger Things, Jason had questions about Chrissy’s death. To him, she was the perfect cheerleader who would never use drugs, so when she was found in Eddie’s home, Jason connected the dots himself to stories that spoke about DnD and satanism.

Jason Carver spun a web of conspiracies in an attempt to find answers. (Netflix via SiimplyRose/YouTube)

In a progression of truth that seems all to familiar, Jason built his own narrative. He took a small amount of truth (where Chrissy was found), coupled with his beliefs (Chrissy wouldn’t do drugs) and went on a crusade that harmed his town and some people in it.

Something similar happened at the start of the COVID-19 pandemic when there were a lot of unknowns. People wanted answers and experts were scrambling to learn and explain things quickly, causing facts to be coupled with people’s opinions, pushing us into an infodemic.

Information was disjointed, opinions were everywhere and, like Jason, people were connecting their own dots to form conclusions. As politics, worldviews and conspiracy intertwined with facts, false narratives developed saying vaccines are microchipped or the pandemic was orchestrated by a cabal of global leaders.

Eddie Munson, the Dungeon Master, reads from a playbook in the campaign for his life. (Stranger Things/Netflix)

Like Jason, people were coming to conclusions based on opinion, belief and little kernels of truth. We see this in all conspiracy theories, and this becomes a serious problem when communities form, or leaders emerge like Jason, taking these ideas and acting on them.

Stranger Things and Jason’s quest reminds us that our interpretation of the world, or perspective, is central to our understanding of what we believe in.

The danger of perspective

How people are raised, what they’re taught, who they are and the experiences they’ve had all inform their perspective. This can be great, it can drive people to debate, question things and further a collective understanding. But if people’s perspectives become too polarized and they are unwilling to be challenged, they can become problematic and disruptive to the safety and health of those around them.

Many people draw lines in the sand when it comes to what they believe. If a narrative doesn’t fit their worldview, it’s deemed untrue, worth ignoring and sometimes re-framed entirely. 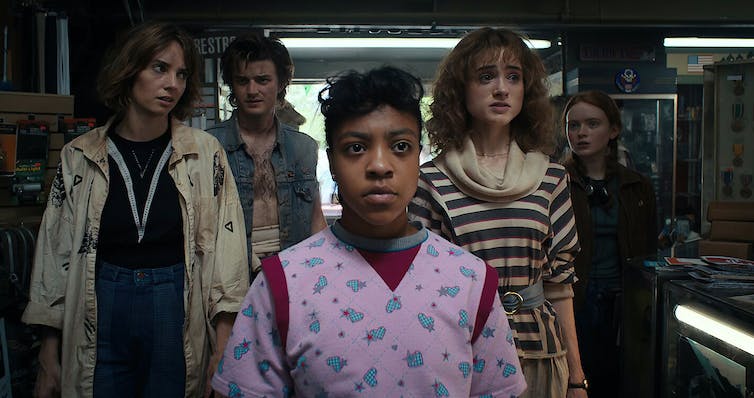 The Hellfire club was made out to be the culprit, centre to a local conspiracy theory. (Stranger Things/Netflix)

Jason was just looking for an answer. He used the knowledge and tools he had to come up with one that seemed to make sense. The problem was that even when confronted with alternate facts, Jason refused to challenge his perspective.

His conspiracy was birthed from emotion. He was grieving and his sadness and rage clouded his understanding. Emotions can make it even harder to have an open mind when it comes to challenging one’s own perspectives.

Conspiracy isn’t just something on TV; it’s running rampant in our society. A recent study showed that 44 per cent of Canadians believe in conspiracy theories. If almost half the population believes in disinformation or something conspiratorial, we must challenge their perspectives, broaden their worldviews and encourage them to move past emotional responses.

People are immersed in a constant flow of information. Information might look harmless, but be part of an entire industry of fake information production. It’s important people assess where their information is coming from. Broadening sources will help ensure society stays free of an infodemic.

Before pulling a Jason and going full crusader for a worldview, let’s question the stranger things in life and seek to learn from them.