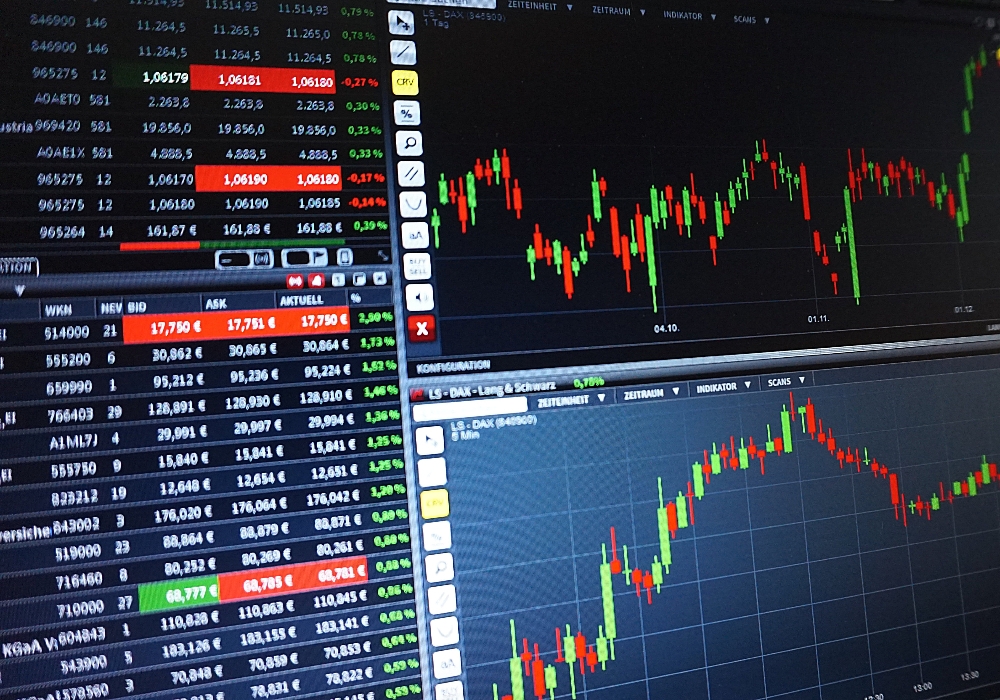 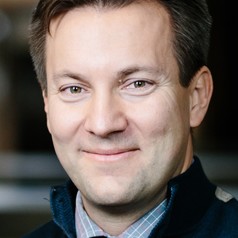 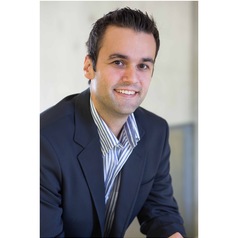 Financial forecasting involves predicting an organization’s financial future. It typically considers a history of prices, trading volumes or other predictors such as financial statements, interest rates and commodity prices to predict what is called the target variable. Accurate forecasting can help companies to plan their supplies to meet customers’ demands, avoid losses and take on profitable investments.

When looking at predictors and target variables together, they are referred to as a time series, a sequence of data points collected over time. This data may be collected by companies, financial markets or government agencies on a regular basis ranging from daily, monthly, annually or, more frequently, on a one-minute or one-tenth-of-a-second basis. The speed at which the data is gathered is called sampling frequency.

Time series analysis is similar to weather forecasting — historical data is averaged to understand the past mechanisms of a certain phenomenon and to potentially predict its future behaviour.

Time series analysis is of enormous importance for investors, as financial success depends the ability to predict stock prices accurately.

When stock prices are to a certain degree predictable, financial markets are inefficient in the sense that active portfolio investment is more profitable than passive investing in stock market indices such as the S&P 500 Index. However, the efficient market hypothesis argues that all available information is already reflected in market prices and so it is impossible to predict the future and beat the market by active investing.

Yet a large body of evidence suggests that financial markets are often inefficient and predictable.

Private information about a firm’s future (that other investors may not have) could be used for improved forecasting. But unlike in the movie Wall Street, not all private information is illegal, because it may arise from having superior forecasting technology or trading faster.

Advances in computing processing speeds and technology has given rise to high-frequency trading, an investing or trading activity with durations measured in fractions of a second. As the technology becomes more available and accessible, algorithmic trading is replacing floor trading by people. These days, 80 per cent of stock market transactions is performed by machines.

Although some evidence suggests that high-frequency trading improves market efficiency and the speed of how fast everybody can execute large orders, it’s possible that rapid advances in technology benefit only those who become high-frequency traders.

High-frequency traders use their technological superiority to take advantage of the slower traders who do not have access to the technology needed to trade as quickly as they would like to. Such a critical view on high-frequency trading is prevalent in financial journalist Michael Lewis’s 2014 book Flash Boys: A Wall Street Revolt.

The technological advantages are also evident in the foreign exchange market. In a notable case of backlash, Electronic Broking Services (EBS), a major foreign exchange electronic trading platform, was forced to limit the influence of high-frequency (currency) traders.

This caused the average daily cash volume on the platform to drop by 49 per cent from August 2011 to August 2012. This decline in trading activity was likely caused by the departure of traders and banks that used slower technology. The accelerated decline in the market share for EBS resulted in the policy being scrapped in September 2012.

In our paper, we explored the interactions between large price movements called jumps. Jumps can happen when there are large sudden discrepancies between market supply and demand, and the price needs to swiftly adjust to regain balance. Maintaining the optimal balance between demand and supply in a market is crucial for liquidity and price stability. 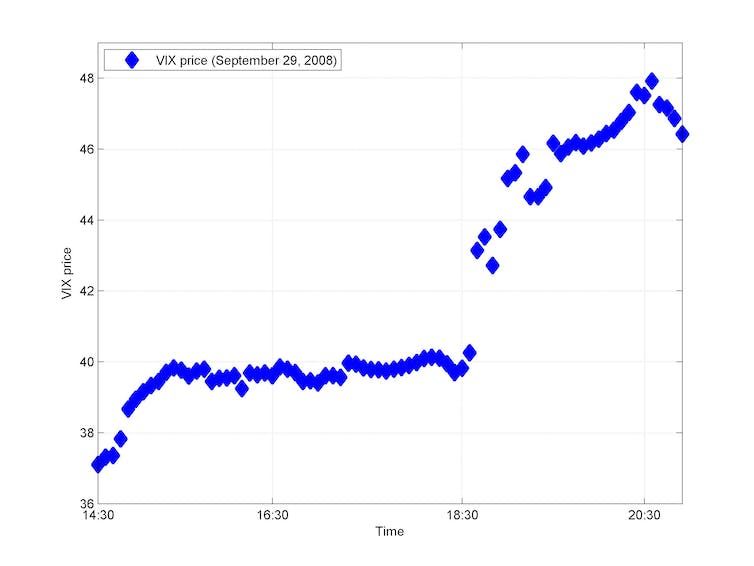 Illustration for a jump in the VIX index at around 18:40 GMT, when the U.S. House of Representatives voted against the bailout of Lehman Brothers on September 29, 2008 (five-minute intervals). D. Erdemlioglu, Author provided

We also compared the two directions of volatility jump propagation for the Chicago Board Options Exchange Volatility Index (VIX). The VIX is an index providing theoretical 30-day market expectations based on the S&P 500 Index. Higher values of VIX indicate the risk that the market will make a large swing. Jumps in the VIX can be considered as extremely dangerous for the market participants’ investment positions.

The policy implication of our work is that regulators should not exclusively view high-frequency traders as market destabilizers in their attempts to level the playing field for all investors.