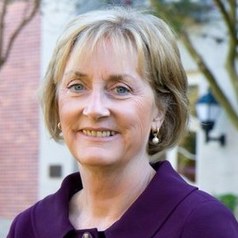 The problems of South Africa’s state owned enterprises are in the headlines every day. Yet many have existed for over 80 years.

Why were they established in the first place and how have they survived this long? Their histories provide clues for their successes and failures.

State owned enterprises in South Africa date back to the 19th century when Paul Kruger’s Zuid Afrikaansche Republiek tried to promote local industries to stave off British control. Kruger’s government erected high tariffs against imports of many consumer goods as well as industrial goods used by the mining industry. At the same time it handed out monopoly concessions for local manufacture. In most cases, foreign capital still managed to control these enterprises – the most important for railway service and electricity generation for the mines.

Kruger’s aim of fostering economic independence through local industries was utterly defeated with the British victory in the South African War in 1902. But the connection between economy and state lived on through the railway and electricity concessions. By the 1920s, the expanding railway enterprise – the South African Railways and Harbours, now Transnet – needed more and cheaper electricity, and steel for rails. In 1923, the Smuts government established the Electricity Supply Commission (now Eskom) in part to serve the railways and also the growing mining industry.

In 1928, Prime Minister Barry Hertzog established the Iron and Steel Corporation (ISCOR) to produce cheap steel rails for the South African Railways and Harbour and to create some independence from the profit-seeking European steel makers.

Although both Eskom and Iscor were established under state auspices, they enjoyed only tepid government support and faced stiff competition. They were established at a time when nearly all industrial goods and many consumer goods were imported at great cost. In the case of electricity, the major market – the Rand gold mines – was already under contract to the private Victoria Fall Power Company . And in the case of steel, a European cartel of steel makers was ready to dump cheap steel on the South African market in order to kill off local production. Some foreign firms established small operations inside the country, but with profits still flowing back to overseas investors.

How did they survive?

Initially, both state corporations survived through close partnerships with their private competitors. In the case of Eskom, the power supplier agreed to provide electricity to the private Victoria Fall Power Company at cost while the the company passed it on to their mining customers at a hefty profit.

Iscor reached similar agreements with local engineering firms, providing them with raw steel to be fashioned into finished products. In addition, Iscor reached a compromise agreement with European steel producers in 1936. This essentially divided the local market, with Iscor providing approximately one-third of steel goods.

Even more contentious were the corporations’ labour policies. In the 1920s and 1930s, the white South African government pursued a policy of favouring white people in industrial jobs as a means of alleviating poverty in largely Afrikaans-speaking rural communities. State entities were under the most pressure to hire whites, many unskilled, into their operations. But, facing heavy competition, Iscor could not raise its costs and employed almost as many black people as white people on its factory floor in Pretoria. In fact, most white employees were foreign skilled workers. And the associated coal and iron ore mines (both Iscor and Eskom used vast amounts of coal) had predominantly black workers.

Both of the first state corporations were dependent on close business relations with private firms, often to their own detriment, and reliance on low labour costs to survive. But they could hardly profit or flourish under such conditions. During the Second World War, they were able to establish more successful operations under near monopoly conditions.

During World War Two, South Africa’s position changed from an importer to an exporter of many industrial and consumer goods. Its normal trading partners –England and Germany – were obviously preoccupied with supporting their own wartime needs. In fact England called on South Africa to provide goods from bullets to blankets to help the Allied effort. The intensified local manufacture of so many goods placed pressure on Eskom and Iscor, but also provided great opportunities for expansion.

In Eskom’s case, the greediness of the private Victoria Fall Power Company throughout the war persuaded private capitalists that a partnership with the state would be beneficial. Electricity demand from the mines and also the wartime factories on the Witwatersrand (Rand) skyrocketed during the war. The cost of electricity to the mines rose by 10%. By the end of the war, Eskom posted a loss for the first time in its history while the Victoria Fall Power Company earned handsome profits.

By 1948, Eskom had succeeded in expropriating the private company with assistance from the largest mining company in the country – Anglo-American Corporation – which provided money for the buy-out. Eskom then linked all power stations in the country into a national grid allowing for cheaper production of electricity and lower prices to its customers.

Similarly, Iscor was able to eliminate competition through partnerships with the Anglo American Corporation. Iscor needed to find local engineering firms that would process its raw steel into war materiel. Many were either foreign or were owned by the Lewis and Marks investment company that also operated a competing steel company, Union Steel.

In 1945, Anglo American – which became Iscor’s partner in all of the major engineering firms – bought out the company. Since Anglo was principally a customer for their goods, it was interested in low prices and not in reaping profits through steel manufacture.

The change of government in 1948 led to a brief change in policies toward the state corporations. The Nationalist government, wary of foreign and even local capital and suspicious of the state corporations’ ties to Anglo American, initially refused to provide the funds for further expansion of either Iscor’s or Eskom’s facilities. Partnerships with the local engineering firms were likewise ditched.

But by the early 1950s, realising the advantages to such arrangements, the government relented and the old ties were renewed, leading to massive increases in production by both firms. In addition, the government looked the other way as it became apparent that black workers were being used extensively at both firms – and even as semi-skilled workers at Iscor – yielding a wage bill that was less than a quarter what it was for whites.

Ultimately, the early state corporations could only survive by relying heavily on support from private capital in the form of partnerships and outright financial support, and the extensive use of disenfranchised and thus lower cost labour to insure low charges to its customers.

Yet this structure could not survive the flight of capital and the enfranchisement of the workforce that followed the democratic transition of the 1990s.

Iscor’s former partners fled to more lucrative parts of the world and the steel corporation was sold to private interests; and Eskom faced an expanding demand for residential electricity without the financial and marketing support of the mining houses.

Their survival now depends on adapting to the dramatic changes in South Africa’s post-apartheid economy rather than relying on their old strategies.

This article is based on a book – Manufacturing Apartheid: State Corporations in South Africa – written by Nancy L Clark. Published in 1994, it is now out of print.