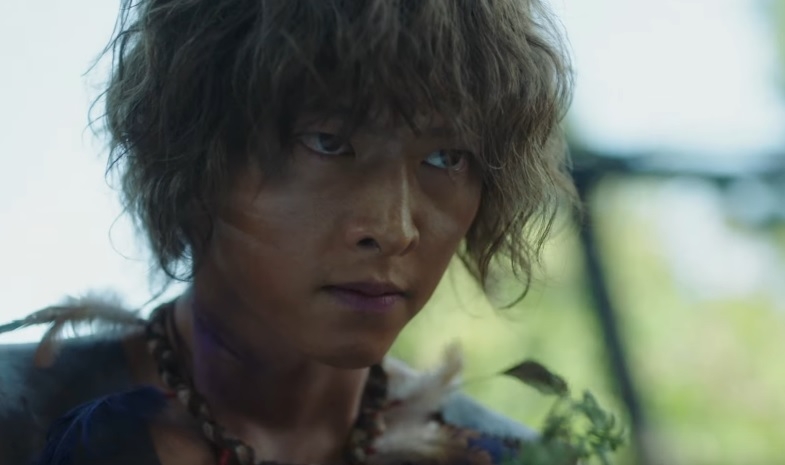 Song Joong Ki in the official trailer of "Arthdal Chronicles." | Photo by Netflix/YouTube

Just like many celebrity married couples, Song Joong Ki and Song Hye Kyo have also been subjected to rumors that their relationship is not doing well. However, Song Joong Ki has recently put an end to all that speculations.

While promoting for his new series “Arthdal Chronicles,” Song Joong Ki was asked about his married life. The actor assured fans that his marriage is going well and has, in fact, did not change their relationship that much. “Nothing changed too drastically, but I do feel like I've become more emotionally stable as a result,” he said (via koreaboo). “I feel like all married people would understand this feeling."

There have been relentless rumors that Song Joong Ki and Song Hye Kyo were at odds because the latter was seen several times not wearing her wedding ring. Reports have since refuted such claims arguing that it was not strange for the actress to temporarily remove the ring especially when she is off to work. Now, the actor’s statements are much more assurance that such speculations have no basis.

“Arthdal Chronicles” marks Song Joong Ki’s full return to the K-Drama scene since the massive hit “The Descendants of the Sun” in 2016 where she met his wife. The actor also revealed that Song Hye Kyo is a huge fan of his new show. “[My wife] is also a big fan of the writers and directors of this drama. She cheered me on saying that, since this is my first drama in a long time, I should focus and do a good job until the very end,” the actor said (via Dispatch).

Song Joong Ki’s new show focuses on the mythical land of Arth as he plays the role of Eun Seom. His character is not accepted in the society for being a descendant of both the human and Neanthal races. “Arthdal Chronicles” is now streaming on Netflix with new episodes released weekly.