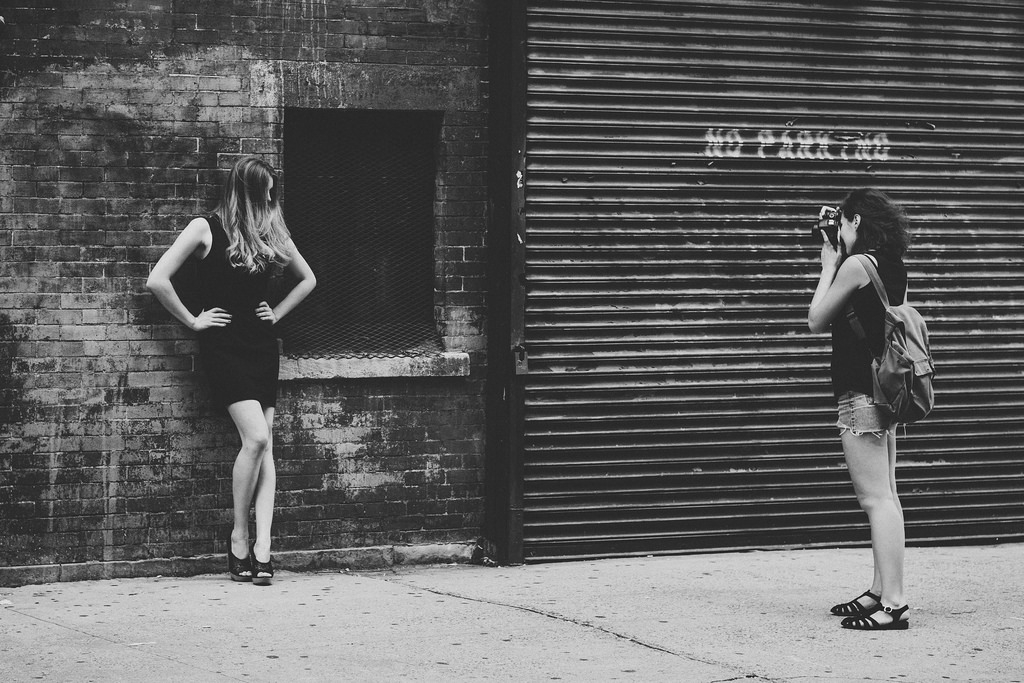 Just because it's on social media, doesn't make it real. Guian Bolisay/Flickr

Many modern celebrities are known for being excessive sharers on social media. For instance, the Kardashians are notorious for posting daily glamorous and often lingerie clad images on Instagram that attract several million likes.

But it’s not just images of attractive celebrities that flood social media. Friends, acquaintances and strangers post images of themselves too, often editing them to disguise face blemishes, make cheeks rosier or to make their nose look smaller.

When people look at these attractive images on social media, research shows they often compare their own appearance to those images and think they’re less attractive than the images they see.

We know these comparisons can make women unhappy with their appearance and put them in a bad mood. Given body dissatisfaction is an important predictor for eating disorders, we need to know if some types of comparisons are worse for people’s body image than others.

Most research on appearance comparisons has focused on people comparing their own bodies to models in magazines, on billboards or on television.

In our study, 150 female undergraduate students answered online surveys five times a day for five days. For each survey, they reported if they had compared their appearance with someone else’s, and whether they made that comparison after looking at social media, traditional media or in person. They also reported whether they thought the person looked better, the same or worse than them. They then rated their body image, mood and thoughts of dieting and exercising.

Social media is the key

Women mostly thought others looked better than them on social media. This is likely due to women selectively posting the most attractive images of themselves on social media and enhancing those images to look like images in magazines, which are routinely edited.

Comparisons made between their own appearance and attractive others on social media were particularly harmful for women in our study.

These findings are consistent with other research linking social media appearance comparisons or envy with depression and body dissatisfaction. Our findings also add to research that suggests certain activities such as comparisons on social media may be harmful to women’s body image and mood, rather than just overall use.

What don’t we know?

Because we only measured the immediate impact of appearance comparisons, we do not know how long these effects last. One comparison is unlikely to have long lasting effects but chronically comparing your appearance may well have negative outcomes. One study found women who make more appearance comparisons to others in general are more vulnerable to the effects of social media on body image.

Although we only tested young women in our study, research suggests there may be similar patterns for men and people of different ages.

And the effects might be different depending on the social media platform, as some are more image-based than others. Those that rely on images, like Instagram and Snapchat, provide people with more opportunities to make appearance comparisons and may be more harmful to women’s body image and mood.

How to reduce the impact?

We need to find ways to reduce the impact of social media comparisons. People could detox from social media if they notice it is making them feel badly about themselves or their body. However, to do this, people need to be aware of the impact social media has on them.

People could unfollow or avoid people who post highly edited, idealised images of themselves, like the Kardashians. This may reduce how often people think others look more attractive than them on social media. When browsing social media it may be helpful for people to stop and think about the motivation behind each post and question how realistic each image is. It is important to think critically about how edited or staged images or videos are on social media.

Although we are starting to understand the impact of how we use social media, there is still a lot we don’t know.

But we do know we need to find ways to reduce the number and impact of appearance comparisons we make on social media.

Jasmine Fardouly does not work for, consult, own shares in or receive funding from any company or organization that would benefit from this article, and has disclosed no relevant affiliations beyond the academic appointment above.