Sherlock Holmes and the strange case of anti-intellectualism 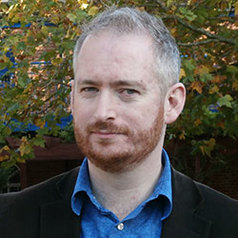 Neither Sherlock Holmes nor Donald Trump are far from the television screen at present. Trump’s latest exploits share screen time with the return of Benedict Cumberbatch’s Sherlock, the current series of which ends on January 15. But somewhat surprisingly, the two are also connected by the idea of anti-intellectualism.

Trump won the White House on the basis of a populist disdain for experts, the spectre of the educated liberal elite, and the valuation of common sense over theory. Anti-intellectualism pervades our wider culture: soft drink commercials show boring university lectures explode into joyous life when someone cracks open a can; the recently established “Which University?” suggests that higher education is a decision similar to buying a washing machine.

But Holmes? Surely Sherlock Holmes represents the height of intellectualism, the rationalist expert? As readers and viewers, we rely on Holmes’ expertise to solve the mystery and restore order, but Doyle’s stories and their adaptations also suggest that Holmes’s intellect is also faintly monstrous. Equally, the cry of “high functioning sociopath” echoes throughout the BBC’s Sherlock, signalling that the values of the intellect are supposedly not those of social humanity. Holmes as rationalist superhero is a familiar narrative of histories of popular culture. The accelerating pace of life in the Victorian period, so the argument goes, called for the creation of a new kind of fictional hero able to decode the overwhelming signs of urban modernity. But this argument overlooks a crucial point: the intellectual qualities that made Holmes a hero also made him a figure of suspicion. At his genesis, Holmes was not so popular.

The detective was not an immediate success. Arthur Conan Doyle’s first two Holmes novels, A Study in Scarlet (1887) and The Sign of the Four (1890) initially received limited attention and unenthusiastic reviews, in part owing to their aloof and overly specialised hero. In these novels, Holmes euthanises an elderly terrier to test a hypothesis; elsewhere, Watson describes him as “a calculating machine” with something “positively inhuman” about him. And when Watson surveys Holmes’ areas of knowledge, he finds him comprehensive in some areas and curiously lacking in others. Holmes is strong on chemistry and good on anatomy, but knows nothing about literature, astronomy, or politics.

The early Holmes’s narrow areas of expertise are decadent in the sense that the late Victorian psychologist and criminologist Havelock Ellis defined decadence: as the part obscuring the whole. Moral health is to be found in being an all-rounder, rather like Doyle himself (a medical general practitioner who wrote in a range of genres, and was skilled at seemingly every sport played in the early 20th century). Holmes is expert in often obscure subjects but his ignorance that the earth revolves around the sun satirises intellectual specialism.

Holmes’s success came in 1891, when Doyle moved to the short story format of the Strand Magazine. Holmes, too, changed subtly. His knowledge becomes slightly more rounded, his character less abrasive, and his cocaine use largely disappears. Yet the sense remains that an unerring intellect is somehow only partially human.

It is no coincidence that Holmes finds his fandom at the moment that his intellect fails. In the first story, A Scandal in Bohemia, Holmes is outwitted by the opera singer Irene Adler, a character gleefully reinvented as dominatrix in the BBC’s Sherlock. Another story, The Yellow Face, sees Holmes completely misinterpret events in Norbury. As he says to Watson, “If it should ever strike you that I am getting a little over-confident in my powers, kindly whisper ‘Norbury’ in my ear.” This scene is restaged at the end of recent Sherlock episode The Six Thatchers. Like recent political campaigns, audiences seemingly need to be reassured that experts cannot always be relied upon.

The most recent adaptations of Holmes make explicit what is implicit in Doyle. If Doyle occasionally compared Holmes to a machine, Sherlock makes him a monster. “But he’s our monster,” says Mary Watson, quoting the 1986 film Murrow’s exploration of McCarthyism; the phrase has since frequently reappeared on the internet with reference to Trump.

The BBC’s Sherlock is the latest appearance of a trend evident from the 1970s onwards, when adaptors reacted against the heroism of the wartime Basil Rathbone Holmes. Rathbone’s Holmes presented the authoritative English hero, with whom the audience were expected to identify at the expense of Nigel Bruce’s dunderheaded Watson (a characterisation that overlooks much of the subtlety of Doyle’s Watson). By contrast, postmodern adaptations seek to constrain Holmes, to question easy heroics: films such as The Seven Per Cent Solution (1976) and Young Sherlock Holmes (1985) rendered Holmes traumatised or adolescent.

This is not to say that Holmes’s powers are diminished, but that his more recent incarnations rely on an anti-intellectual subtext that suggests that exceptional mental ability always carries a cost. The opening scenes of the current series of Sherlock show Holmes unable to function socially because he is busy solving multiple mysteries, a scene unthinkable of Doyle’s more urbane original.

Indeed, series such as Sherlock and Guy Ritchie’s films paradoxically render Holmes’s intellect less threatening by elevating it to absurd heights. In The Lying Detective, for instance, Sherlock is able to predict intricate events weeks in advance. If Doyle’s skill lay in keeping Holmes’s powers on just the other side of plausibility, Sherlock reinvents the detective as an ultimately all knowing god, a fantasy figure who need not disturb us in reality.

Holmes’s intelligence helps order our world, but in modern adaptations it has become a curse or pathology. Not everyone can be Holmes, but in his monstrous contemporary form surely hardly anyone would want to be Holmes. In asking why Holmes continues to appeal, maybe it is a mistake to focus on Sherlock himself. It is not so much Holmes’s intellect that changes, but how others react to it.

Christopher Pittard has received funding from the Arts and Humanities Research Council.