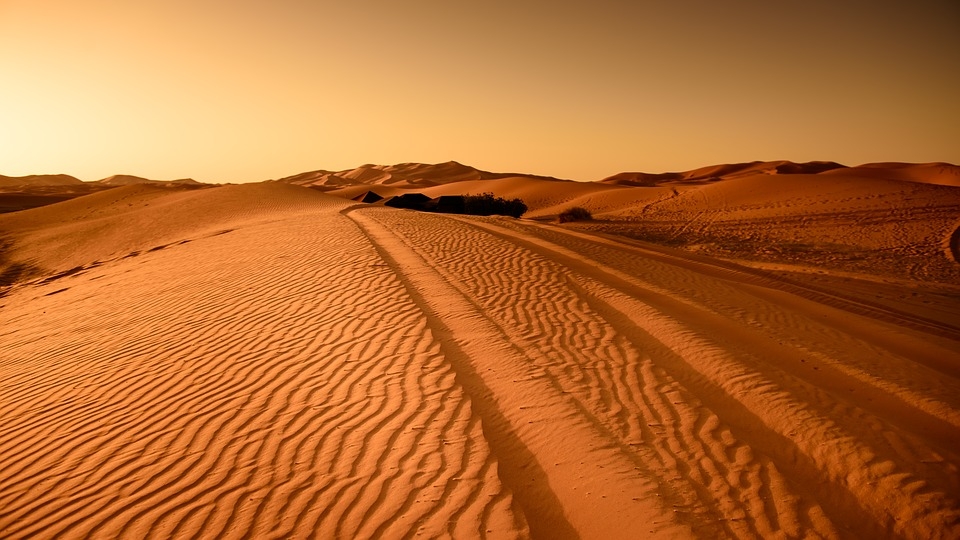 Express reports that scientists have discovered through an analysis of fossils that the Sahara Desert is not the place to be for time travelers. This is because the place was once a thriving rainforest type of place, with large carnivorous creatures roaming around. Paleontologists searched the Kem Kem beds, which is a place in the Sahara that is abundant in fossils. It was there that they found which kinds of creatures once inhabited the area.

The very deadly creatures that roamed in the modern-day Sahara Desert were made up of giant crocodiles, 26-feet long raptors, also known as Deltadromeus, and the 26-foot Charcharodontosaurus which is the cousin of the equally fearsome Tyrannosaurus Rex. All the creatures fed on each other and on the giant fish that swam through the bodies of water that existed millions of years ago.

The researchers also found that there was a lack in herbivores, which suggests that the land was not as diverse compared to other formations back in the Cretaceous period. Their fossils were not as common either. “No comparable modern terrestrial ecosystem exists with a similar bias toward large-bodied carnivores...The Kem Kem vertebrae assemblage...captures the taxonomic diversity of a widespread northern Africa fauna better than any other contemporary assemblage from elsewhere in Africa,” wrote the researchers in their study.

At the same time, scientists have also made another breakthrough in a previous discovery. The researchers were able to shed more light on the aquatic dinosaur known as spinosaurus aegyptiacus was found to have an evolving tail, which grew to lengths longer than the tyrannosaurus rex. The evolving tail helped the spinosaurus move through the water, which would suggest that it could be able to move about underwater contrary to the belief that this species was known for being terrestrial.

According to National Geographic Science Writer Michael Greshko, “Nw with evidence from a newly analyzed tail, there’s a strong case that Spinosaurus didn’t merely flirt with the shore but was capable of full-fledged aquatic movement.”