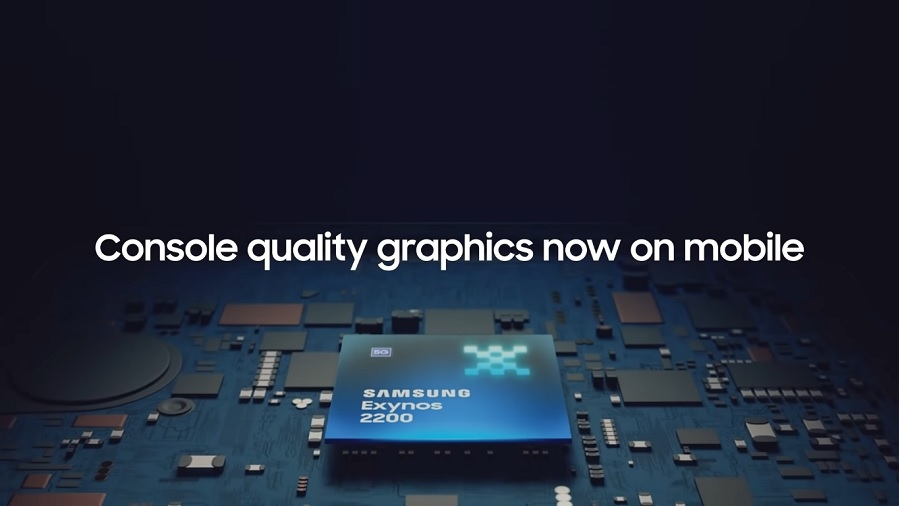 Samsung has finally announced the Exynos 2200 on Monday, confirming that it will be its first in-house smartphone chipset with a GPU that uses RDNA 2 architecture. Using AMD’s technology allows the new SoC to support advanced graphics rendering techniques, such as ray tracing.

Exynos 2200 has been anticipated to be the first product of Samsung and AMD’s partnership. What highlights their collaboration is the introduction of the Samsung Xclipse 920 GPU that, as expected, was built using RDNA 2 architecture.

“Like an eclipse, the Xclipse GPU will bring an end to the old era of mobile gaming and mark the start of an exciting new chapter,” Samsung said in a press release. As mentioned, Exynos 2200 becomes the first chip that promises to support ray tracing on smartphones. It is quite a substantial promise to make considering the rendering technology has only been widely available through high-end and expensive PC graphics cards and the difficult-to-find PS5 and Xbox Series X/S.

Ray tracing typically uses machine learning tech to simulate how light bounces off of physical objects in the real world to create realistic shadows and other lighting effects. More modern games have started to support this feature in recent years. And with video game streaming services like Xbox Game Pass making it possible to play AAA titles on mobile devices, the arrival of Exynos 2200 appears to happen at the right time.

The RDNA 2 technology also allows the Exynos 2200 to support variable rate shading, which is an advanced technique used to optimize the GPU’s performance. “Variable rate shading is a technique that optimizes GPU workload by allowing developers to apply lower shading rate in areas where overall quality will not be affected,” Samsung noted. “This gives GPU more room to work on areas that matter most to the gamers and improve frame-rate for smoother gameplay.”

Samsung did not say when the Exynos 2200 will reach the consumers, but the company confirmed it has already entered mass production. That will likely give the tech giant enough time to use the new smartphone chip for the upcoming Galaxy S22 series.