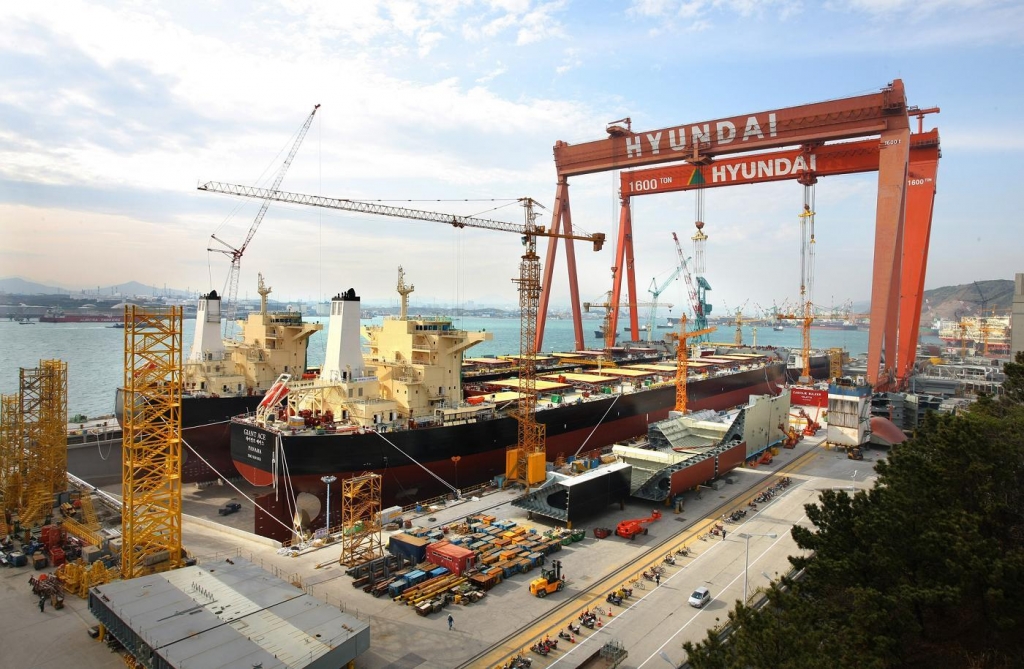 Hyundai Heavy Industries Co. is not expected to accept orders at lower prices.

The robust financial health of South Korea’s top five shipbuilders will keep them from taking in orders at lower prices, according to Han Young-soo, an analyst at Samsung Securities Co.

The net debt-to-equity ratio is usually considered optimal when it is under 20 percent, making the shipbuilder's financial health relatively robust.

The combined order backlogs of the five shipbuilders fell 22 percent in the first nine months of the year due to decreased orders amid the coronavirus pandemic.

The order backlogs are worth 38 trillion won, enough to keep the shipbuilders busy for 1.3 years.

The new orders have been increasing, with those clinched during the past two months estimated to account for 59 percent of the total in the first nine months.

The order backlogs are 19.02 million compensated gross tons (CGTs), taking up 28 percent of global order backlogs of 67.34 million CGTs at the end of October.

Chinese shipbuilders’ order backlogs are at 24.31 million CGTs, covering 36 percent of the total.

Global order backlogs have been on a downward path since 80.82 million CGTs in January.