S. Korean Firms to Export 71.6-B Won Worth of Laver to Japan 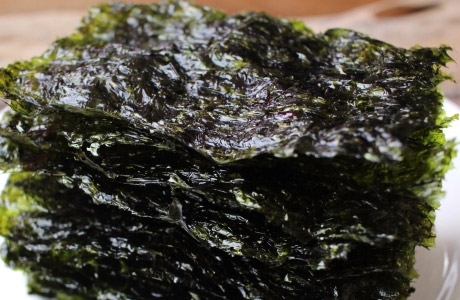 Over 40 South Korean companies will export 71.6 billion won worth of dried laver to Japan, up 20.9 percent from a year earlier.

In terms of volume, the deals were 25.1 percent higher from the previous year.

The deals were closed during a videoconference hosted by the Korea Fishery Trade Association (KFTA) and five private Japanese firms.

Dried laver is consumed as a side dish with Korean meals usually roasted with sesame oil and fine salt.

Snacks made of dried laver have become popular among foreigners in recent years.

KFTA has held face-to-face meetings in Tokyo in the previous years but had to conduct a videoconference this year due to the coronavirus pandemic.