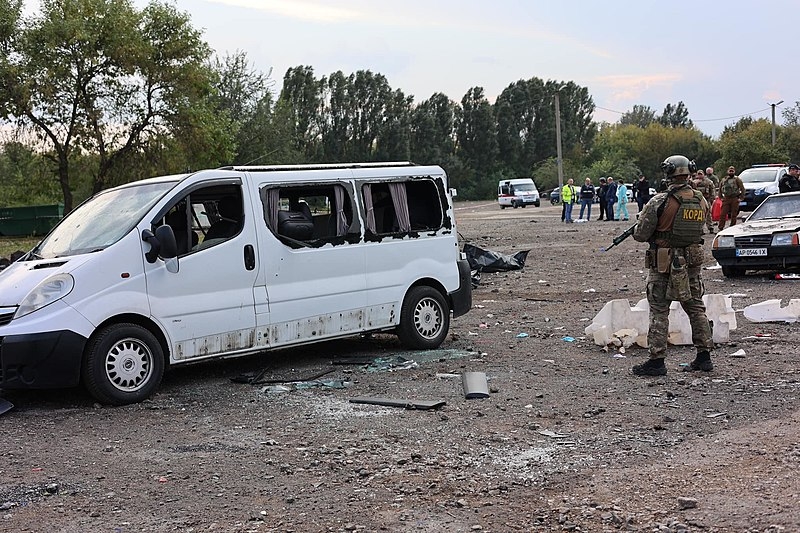 Russian forces detained the head of Ukraine’s nuclear plant in Zaporizhzhia amidst renewed fears over the facility’s security as both countries trade blame for shelling near the plant. The United Nations nuclear watchdog has also sought more information on the detainment of Ukraine’s nuclear chief.

Petro Kotin of the Ukrainian state-owned energy firm Energoatom issued a statement Saturday announcing that the nuclear facility’s director general Ihor Murashov was detained by Russian forces Friday and was never heard from since.

“He was taken out of the car and which his eyes blindfolded he was driven in an unknown direction. His detention jeopardizes the safety of Ukraine and Europe’s largest nuclear plant,” said Kotin.

The IAEA said it was informed by Russian authorities that Murashov was detained temporarily for questioning. The IAEA added that in accordance with the “nuclear safety mandate,” the agency has been seeking more information and clarification while hoping for a resolution of the matter.

Kotin has also called on Russian troops to “stop immediately the acts of nuclear terrorism towards the management and personnel” of the facility and release Murashov.

Murashov opposed handing control of the facility over to Russia’s state-run nuclear energy firm but spokespeople of the Ukrainian firm could not confirm that this may be the reason for Murashov’s kidnapping.

The spokespeople added that Murashov has access to security codes, coordinated all the work at the facility, and ensured that protocols were being followed and reported to Kyiv.

Murashov was also appointed days before Russia’s invasion back in February.

Pope Francis has directly appealed to Vladimir Putin following his announcement to attempt to annex the partially controlled Ukrainian territories of Luhansk, Donetsk, Kherson, and Zaporizhzhia – where the nuclear facility is located – to end the violence and death in Ukraine.

The pontiff has also condemned the attempted annexation of the four territories, saying that Moscow was risking nuclear escalation while urging Putin to think of the Russian people during his address at St. Peter’s Square.

“My appeal goes above all to the president of the Russian Federation, begging him to stop this spiral of violence and death, even out of love for his own people,” said the pope.

“On the other side, pained by the enormous suffering of the Ukrainian population following the aggression it suffered, I address an equally hopeful appeal to the president of Ukraine to be open to a serious peace proposal,” added the pontiff.