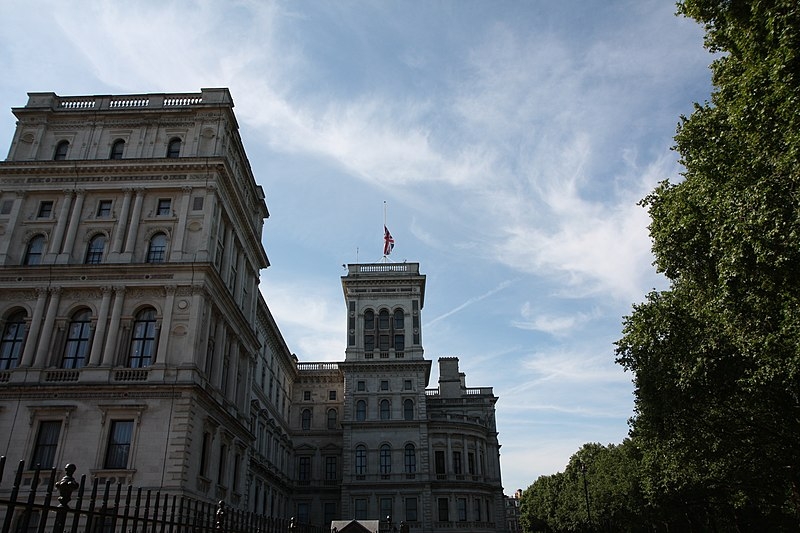 The UK said Tuesday that it had sanctioned Russian-installed officials in the Luhansk and Donetsk regions of Ukraine Tuesday, along with 29 regional governors in Russia, in response to Russia’s invasion of Ukraine, which is already in its fifth month.

The 42 new designations include Russia’s justice minister and deputy minister, two nephews of Russian oligarch Alisher Usmanov, who was already sanctioned back in March.

“We will continue to impose harsh sanctions on those who are trying to legitimize Putin’s illegal invasion until Ukraine prevails,” said foreign secretary Liz Truss in a statement.

The UK’s foreign office said that Vitaly Khotsenko and Vladislav Kuznetsov, the prime minister and first deputy chairman of the so-called Donetsk and Luhansk People’s Republics, are now subject to asset freezes and travel bans.

“Khotsenko and Kuznetsov have been sent to implement Russia’s policies across the invaded region, supporting Putin’s plans to illegally annex more of Ukraine and use sham referendums to falsely legitimize their occupation,” said the foreign office.

The Russian regional governors were also sanctioned for their involvement in the Russian occupation and attempting to seize territory from Ukraine by transferring funds to Donetsk and Luhansk.

So far, the UK says it has sanctioned over 1,000 individuals and over 100 entities in Russia, including high-profile businessmen and companies, to prominent politicians.

Meanwhile, Ukrainian forces have made gains in their strikes on Russian targets. Ukrainian forces shelled Donetsk this week, according to the city’s administration Tuesday. The shelling led to a fire breaking out in an oil depot in the Russian-occupied territory.

No casualties were reported from the shelling, according to the city’s emergency services.

“As a result of overnight shelling in the Budennovsky district, there was a fire at a fuel storage warehouse,” Donetsk mayor Alexey Kulemzin said in a post on the Telegram messaging platform. Kulemzin added that the fire was extinguished hours later.