Russia-Ukraine conflict: German defense minister says howitzers will be ready for use soon 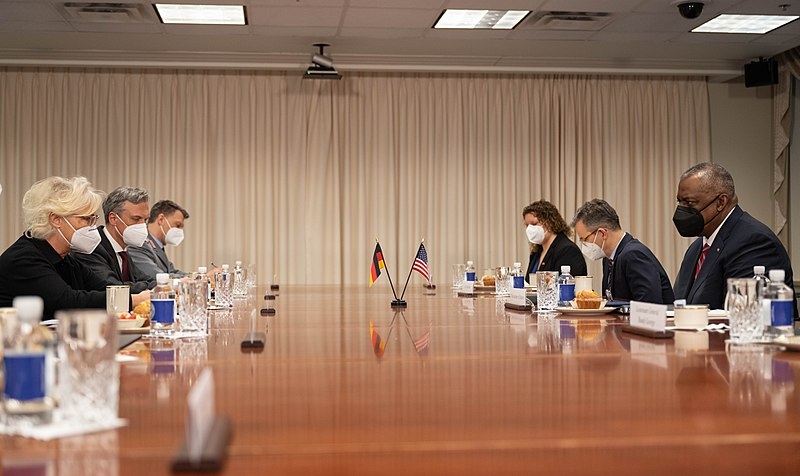 Ukraine has requested more long-range weapons as it continues to resist the attacks and bombardments of Russian forces in the country. Germany’s defense minister gave an update as to when Ukrainian forces would be able to use the howitzer cannons in the war.

Reuters reports German defense minister Christine Lambrecht said Tuesday that the training of Ukrainian troops to use the howitzer systems will be completed soon, which would clear the way for the howitzer cannons to be used on the ground.

This comes amidst Ukraine’s renewed pleas for the West to send over more and better artillery and weapons to level the advantage of Russia’s arsenal.

Western countries have pledged to send over NATO-standard weapons to replenish Ukraine’s stocks, but transporting the weapons has taken time. Back in May, Germany pledged to send Ukraine seven self-propelled howitzers which would add to five such systems that were already promised.

“The training on the Panzerhaubitze 2000 will soon be completed so that it can be used in battle in Ukraine,” Lambrecht told reporters during her visit to a military base in Rheinbach.

To note, the Panzerhaubitze 2000 is one of the most powerful artillery weapons in Germany’s Bundeswehr inventories and can hit targets at a distance of 40 kilometers.

Meanwhile, French President Emmanuel Macron appeared to take a tougher stance on Russia during his visit to French and allied troops at a NATO base in Romania before an expected visit to Ukraine with German Chancellor Olaf Scholz and Italian Prime Minister Mario Draghi, diplomatic sources told Reuters.

“We will do everything to stop Russia’s war forces, to help the Ukrainians and their army, and continue to negotiate,” Macron told the troops during his visit. “But for the foreseeable future, we will need to protect, dissuade, and be present.”

Following his visit to Romania, Macron will travel to Moldova to show support for a country that is at risk of being drawn into the war.