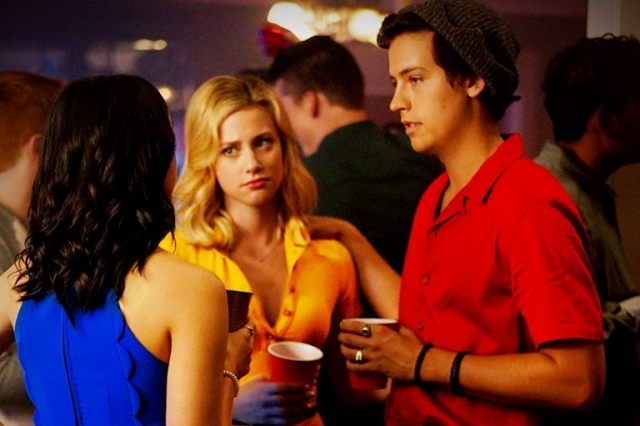 “Riverdale” season 4, episode 3 is coming up, and it was titled “Chapter Sixty: Dog Day Afternoon.” It will continue the story that was shown in the previous episode where Betty and Charles were able to locate The Farm, Edgar Evernever, and the people he recruited.

Showrunner Roberto Aguirre-Sacasa said that this story about The Farm is not yet over, and he explained how this arc would be weaved into “Riverdale” season 4. He added that the show would tackle this story until the end, but they will do it quickly.

“Riverdale” season 4 episode 3 will also show Jughead’s (Cole Sprouse) first day in his new school, and for something more mysterious, some secrets about Cheryl’s (Madelaine Petsch) family will be spilled. On the other hand, Archie and Veronica will team up for a good cause.

As posted on UK’s Mirror, the synopsis of “Riverdale” season 4 episode 3 reads: “Things take a dangerous turn when Betty (Lili Reinhart) and Charles (Wyatt Nash) track down Edgar (Chad Michael Murray) and his Farmies while Archie (KJ Apa) and Veronica (Camila Mendes) hold a car wash fundraiser at Pop’s to raise money for the community center.”

As mentioned, in “Riverdale” season 4, episode 3, Jughead heads to Stonewall Prep, but things did not go his way, so it seems that his first day turned out to be upsetting. Also, Cheryl just found out about her family’s dark secret, and Nana Rose was her source.

Aside from the main characters mentioned above, “Riverdale” season 4 episode 3 will also star Casey Cott, Skeet Ulrich, Madchen Amick, Charles Melton, Mark Consuelos, and Vanessa Morgan. This chapter was directed by Greg Smith and penned by Greg Murray and Ace Hasan. Fans should get ready to see this on Oct. 23 at 8 p.m. on The CW.