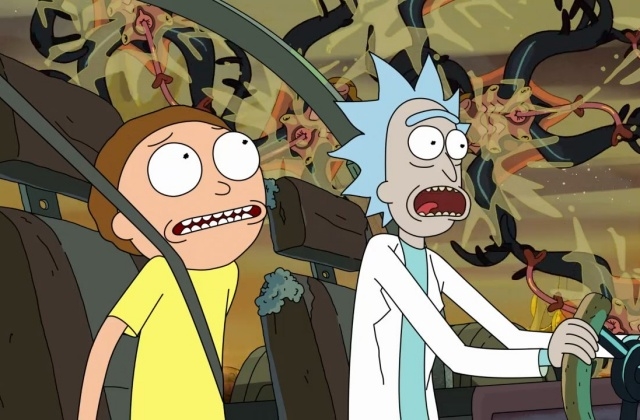 “Rick and Morty” season 5 is definitely on its way back to TV but it may not arrive very soon. Its production is on-going and its showrunners Dan Harmon and Justin Roiland shared that they are working from home.

The duo revealed this detail - that they have not stopped working on “Rick and Morty” season 5 after fans once again started to express their disappointment over the show’s seemingly slow progress. They have expected the fifth season to arrive fast since the showrunners already received an order for the future episodes as early as 2017.

“We had already finished Season 4 and the writers are working on season 5 in two-hour blocks through Zoom,” showrunner Dan Harmon told The Wrap. “There are a lot of things that are better about a Zoom writers’ room, and they are balanced out by things that are worse.”

Perhaps, to ease the fans’ impatience a bit, Adult Swim recently released the first “Rick and Morty” season 5 teaser. It is not really an official trailer since the animation was half done.

This is because the sketches in the clip are just rough drafts of the animation. It was the actual sketches of the scenes that they put together and made into a video.

The teaser showed Rick and Morty in another dimension and they are trying to escape from it as the former is injured. Morty is very worried and carried his grandpa to their spaceship but he is not sure how to operate the machine.

They need to get to the portal to get out and ensure their safety and luckily Morty was able to “drive” out and they landed on Earth. However, the landing was not really good as they crashed into the ocean.

With their spaceship floating on the water, a giant shell suddenly showed up and someone was telling the grandpa and grandson duo that they have violated the law of water and land. It turned out that the character is the new villain in “Rick and Morty” season 5.

His name is Mr. Nimbus and it was Rick who confirmed his identity. He told Morty that the guy in the shell is his eternal foe. Now, they are in trouble because Mr. Nimbus just told them that they needed to be punished for breaking the law.

Moreover, Express reported that there is a big plot twist in the upcoming “Rick and Morty” season 5. It was said that Rick informed Morty that they are actually the same person.

The publication suggested that Morty has aged and turned out to be like his grandfather. This happened when in the earlier season, there was a time when Morty was given a formula that gave him the “Rip Van Winkle” powers.

With that power, Morty did not die and only slept for a really long time. As time passed while he sleeps, he aged into his own grandfather. In a twist, the current Rick was told by his son-in-law Jerry that Morty was born.

The aged Morty who looks like Rick Sanchez then drunk a substance from a flask and this supposedly filled him with all the memories of his grandpa. This confusing plot theory simply suggests that Rick C137 is an older version of Morty.

Meanwhile, “Rick and Morty” season 5 has no release date yet. Adult Swim many announce this soon since the production team is continuously working on it despite the COVID-19 crisis.