Prison is expensive – worth remembering when we oppose parole 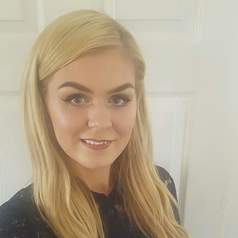 The parole board recently decided to grant the release of David McGreavy, who in 1973, aged 21, murdered and mutilated three children and impaled their bodies on railings at their home in which he was a lodger. He was sentenced to life in prison with a minimum tariff of 20 years. As in the case of others who have murdered children, such as Ian Brady and Myra Hindley, McGreavy has served many years past his recommended term, and has been repeatedly unsuccessful in his efforts to gain parole.

But now McGreavy has been cleared for release after a 45-year stint in prison. The parole board reported that he has “changed considerably”, noting improved self-control and an ability to remain calm in stressful situations. There are many who have opined that McGreavy should live out the rest of his life in prison, just as there are many who believe the death penalty should have applied (despite having been largely abolished in the UK in 1965). Such shocking cases prompt questions about whether mandatory life sentences for those who kill are suitable: should we lock up murderers for good and throw away the key? Or would a gentler system of restorative justice, such as in Norway, bring benefits to both the imprisoned and society?

Sentencing in the UK

The sentencing guidelines for England and Wales dictate that convicted murderers receive a mandatory life sentence, generally starting at 15 years without parole, but which will vary depending on aggravating and mitigating factors, and whether the defendant has pleaded guilty, has previous convictions, and if the offence was committed while on bail. Ultimately, it is down to the judge’s discretion to set the minimum length of time a prisoner will spend in prison. But whole-life sentences are rare. Only around 63 people are currently serving these sentences, such as Peter Sutcliffe (the “Yorkshire Ripper”) and serial killer Rosemary West.

The convicted murderer Arthur Hutchinson took a case to the European Court of Human Rights in 2017 claiming that his whole-life sentence with no hope for release amounted to inhuman and degrading treatment. He received a whole-life order for the triple murder of a family on their daughter’s wedding day, later raping a young woman in the wedding marquee and stealing from the murdered family’s home.

However the court found that his human rights under Article 3 of the convention had not been breached. As “exceptional grounds” may allow for the early release of someone detained under a whole-life order, this slim prospect of release ensures the UK approach is compatible with European human rights law.

Mandatory sentence minimums and whole-life sentences contrast starkly with the approach in Norway, which is known for focusing on rehabilitation in prison, and also has among the world’s lowest rates of reoffending.

Norway’s criminal justice system is distinct from that of the UK and other Anglo-Saxon nations. It has no life sentence. The maximum term of imprisonment is 21 years, although this sentence can be extended by five-year increments through “preventative detention”.

Based on a restorative justice model that focuses on the rehabilitation of offenders through reconciliation with victims and with society at large, Norway’s criminal justice system shifts the emphasis from retribution to healing. Characterised by high levels of social trust, low security, favourable living conditions and low incarceration rates, the Norwegian approach has come to be known as Scandinavian penal exceptionalism. Such approaches have been found to reduce crime, reduce the economic burden of imprisoning criminals, and reduce recidivism.

That’s why Norwegian extremist Anders Behring Breivik, who killed 77 people in a bombing and mass shooting, was only sentenced to 21 years imprisonment. Despite the incredulity of those from countries that focus on more prolonged incarcaration such as the UK and US, the victims’ families welcomed the sentence. Even so, Breivik was unimpressed by the conditions for prisoners and pursued a human rights appeal which, as with Hutchinson’s case, was unsuccessful.

There is no consensus on an optimal policy. But it would appear that Norway’s approach leads with its respect for human dignity – which is often mischaracterised as leniency. With a reported recidivism rate of only 20% – compared to between around 30% and 65% in England and Wales, depending on the category of offender, and upwards of 67% within three years of release in the US – it would seem that a softer approach to prison works.

However, some researchers argue that recidivism data cannot be compared between countries due to significant variations in how recidivism is defined and reported. In fact recidivism rates in Norway have been found to range from 14% to 42% depending on the sample and measured outcomes.

But we cannot disregard the huge economic burden on taxpayers of the costs required to house a growing number of criminals. In the UK, it has been estimated at £22,993 per prisoner per year, by which ready reckoning it has cost more than £1m to imprison McGreavy for the past 45 years, despite the fact that it is well-established that murderers have one of the lowest recidivism rates of any group.

The benefit of the rehabilitative ideal is that kinder, rather than more brutal prisons are the most cost-effective way of dealing with the threat to general welfare posed by criminality. Accepting this paradox and stepping away from the retaliatory approach requires an objective stance on criminal justice that strives to remain uninfluenced by the moral implications or the subjective impact on the victim and their family.

With an imprisonment rate of 141 per 100,000 people (or 120 per 100,000 for the UK as a whole), England and Wales is far from that rehabilitative ideal, albeit far below that of the US, with 655 per 100,000 people. Norway’s incarceration rate is around half that, at 74 per 100,000. A pragmatic and objective approach to restorative justice that looks to minimise the figurative and literal costs to society will perhaps be one that can overcome the perception that, in criminal justice, “nothing works”.