Persuasive politics: why emotional beats rational for connecting with voters 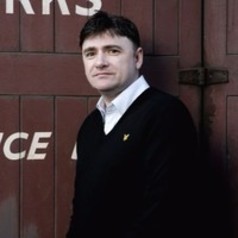 Politics is mired in a communications crisis. Across the world voters are disillusioned, while in the UK the stock of politicians has never been lower.

The task before the next generation of would-be leaders is daunting. They face an electorate that is openly hostile, dismissive of track records, and suspicious of motives.

Yet politicians do seem incapable of helping themselves. The aim of media relations rarely extends beyond underlining previous announcements. Interviewees stick to scripted responses, wilfully evade difficult questions, and rarely add anything new beyond the press release.

Reactions to the UK local elections results in May 2019 were a case in point. With thudding inevitability, senior members of all the major parties reported that everyone else had fared much worse.

It is perhaps with some irony that in order to affect a turnaround in their standing, politicians will likely turn to the only group of professionals with a lower trustworthy rating than themselves: advertising executives. But can the persuasion industries help them to win over a cynical audience worn down by decades of spin?

The art of appeal

Political campaigns have historically been constructed using an approach known as the “message-into-action” model or the “rational appeal”. Indeed, this is the way in which almost all brand communication was put together during the 20th century.

Using this approach to generate communications is a fairly straightforward process. It begins with an interrogation of the “product”, to identify a unique benefit or selling point. This is then matched to an insight into the needs of the target audience (usually gleaned from research) to produce a proposition that can be delivered in the form of messages.

The rational appeal has been finessed over the years and remains the go to for many strategists. It has been used to sell everything from soap powder (“Persil Washes Whiter”) to continued British membership of the EU (“Stronger In Europe”).

Unfortunately, while the process is simple to understand, putting together an effective campaign based on messages is not so straightforward. Often a proposition just doesn’t cut any ice. Effective communication needs to be based on some truth, otherwise the claims made can sound ludicrous.

This was one of the issues with the UK Conservative Party’s 2017 general election campaign, “Forward Together”. The proposition was based on the unique selling point that Theresa May was a stronger leader than Labour’s Jeremy Corbyn, matched with the insight that voters perceived strong leadership to be a positive quality. But people just didn’t buy it, and the election left her significantly weaker.

That campaign also highlights another major drawback with rational appeals. They require the audience to use what the psychologist Daniel Kahneman terms “System 2” thinking – an effortful, slow and considered way of thinking that becomes more difficult the older we get.

As a consequence tactics typically involve hammering home key messages through a process of repetition. That’s why in 2017 the British electorate became so familiar with May’s favourite phrases: “Strong and stable government”, “Labour’s magic money tree”, and “Hard working families”. The problem is that for the audience this “rhetorical carpet bombing” quickly becomes boring.

Over in the commercial world companies have been getting wise to the shortcomings of the rational appeal. The beer company Carlsberg, for example, recently ditched its famous “Probably the best lager in the world” slogan in favour of the rather more nebulous “Danish Pilsner”.

In stark contrast to its predecessor, the phrase “Danish Pilsner” does not appear to be making any claims for the product at all. This is because it’s an “emotional appeal”, a different method of brand communication. Rather than explicitly promote a product’s quality and benefits the aim is simply to make an emotional connection with consumers.

In this case, it is hoped that potential customers will buy into a connection with a particular country. It might not be saying anything, but “Danish” implies qualities – provenance or heritage perhaps – that are popular with consumers, leading them to think positively about the beer.

Basing brand communication on emotional rather than rational appeal is a fairly recent – but highly effective – development. Its strength lies in the fact that it is focused on the consumer rather than than product. It considers the wants and needs of the audience – how they actually think, and most importantly, the way they prefer to receive information.

If we think of a rational appeal as a lecture, then an emotional appeal is more like a story. Stories and storytelling are central to achieving a deep understanding of consumer psychology.

As I set out in my book, The Persuasion Industries, learning through storytelling is more memorable and retrievable than lecture based learning. Forms of communication that are lecture based tend to elicit challenging or argumentative responses.

Conversely, communication with a narrative element tends to encourage vicarious participation on the part of the audience. Whatever you think of him politically, there is no doubting Nigel Farage’s capabilities as a compelling storyteller.

Emotional communication not only influences what people pay attention to, but also channels their thoughts and encourage associations, which in turn guide judgements and simplify decision making. It manages to do this because it requires only “System 1” thinking: an automatic and often unconscious way of thinking that is effortless and demands little or no attention.

With Brexit, Vote Leave’s successful “Take Back Control” campaign was based on emotional appeals. Instead of presenting a rational argument and a list of supporting reasons that voters could either accept or push against, it told a good story and invited people to project their own meaning onto its slogans.

“Emotion-into-action” communication takes place not on the page or screen, but in the mind of the consumer. Phrases such as “Take Back Control” or “Make America Great Again” only resonate once the recipient has decided what it is trying to tell them.

One might just as well ask what is the meaning of “Danish Pilsner” or Nike’s “Just do it”. Ask 100 different people and you’ll get 100 different answers, each one nuanced by their individual hopes, desires, and beliefs.

The temptation for many political strategists is to focus on the creation of messages. But that really is the wrong approach today.

Not only are emotional appeals more effective than messages, but by focusing on rational appeals they are likely to inhibit their chances of success. Ultimately they will also be producing less efficient communication – because the objective should be to influence how people feel, not just what they think.