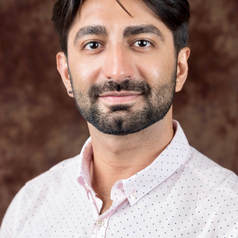 Nearly 37 million people were living with Human Immunodeficiency Virus (HIV) globally in 2017, according to the World Health Organization.

Although there is no cure for HIV to date, the use of antiretroviral therapy (ART) has greatly reduced deaths and co-morbidities from the virus.

When it comes to dental care, vulnerable populations such as people living with HIV are most profoundly affected. They are at particular risk from oral lesions caused by immunosuppression resulting from uncontrolled HIV-infection. These opportunistic infections have plagued people living with HIV since the early epidemic of HIV-infection and continue to impact their overall well-being and quality of life.

I identified a total of 104 HIV organizations within the six health authorities in the province. Of the 51 cities I examined across B.C., 40 housed one or more organizations providing HIV-related services.

This points to a lack of services related to social support, such as housing and food services, and lack of basic dental services.

The second part of my study was a self-reported survey to identify unmet oral health treatment needs and patterns of dental service use by people living with HIV in B.C.

The following were identified as the main factors preventing people from seeking dental care:

The need for trauma-informed care

At minimum, this highlights the need for more training for dental care providers about how to better serve this vulnerable population. Non-dental professionals — such as physicians, nurses and nutritionists — also need to promote better oral health for HIV-positive clients. This is especially the case in remote locations where accessing a dental-care provider can be a challenge.

The data also highlights that people living with HIV are lacking supports in several areas. They may be struggling with poverty, homelessness, drug use or lack of social support and could be encountering a variety of interconnected barriers in accessing dental-care services.

Therefore, the next generation of dental professionals should receive a robust training in cultural sensitivity and trauma-informed care to make people living with HIV feel safe and welcomed in their dental offices.

Now based in Saskatchewan, I will be continuing to explore the issues of stigma and discrimination related to the unmet dental treatment needs of people living with HIV in this province.