Panama Papers' dodgy middlemen are nothing new, as our own tax scandals show 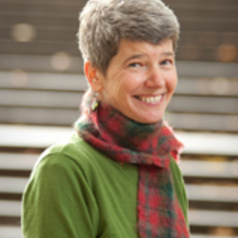 The unprecedented leak of millions of documents, known as the Panama Papers, from tax haven law firm Mossack Fonseca prompted me to pick up an old book on my shelf. Written in 1969, Adventures in Tax Avoidance: with 120 Practical Hints by Peter Clyne presents “the adventure” of tax avoidance as a game “played by experts, locked in a perennial battle with the revenue authorities’ team of experts”.

The rules of the game are provided by the letter of the law, with the judge (and occasionally the decisions made by the Australian Tax Office (ATO) as referee. Tax law is as much a weapon to avoid paying tax as it is a tool to combat tax evasion. What is legal (and judged to be legal) is legal. Morality, yet alone criminality, has nothing to do with it.

The Panama papers would suggest otherwise. The experts (tax accountants, lawyers and bankers) and the “game” are present but so too are middlemen with dubious histories. They provide a front, obscuring access to those who profit from these tax avoidance games. Their involvement brings the world of white collar crime together with other more familiar crimes such drug dealing and money laundering.

There is a rich Australian history here. In the 1980s, Adam Sutton wrote on the Bottom of the Harbour tax scandal, a case that resonates with the Panama scandal of today particularly in the rise of dodgy middlemen.

The middlemen need to be put into the context of what allowed them to emerge, he argued. In the Bottom of the Harbour case, courts legitimised questionable tax arrangements that saw an industry in tax avoidance develop.

The schemes, named Currans and Slutzkins after the court cases that approved them, involved shifting wealth into companies. In the case of Slutzkins, making the company liable for tax and, in the case of Currans, watering down shares in a company and claiming the loss in revenue from the shares sold as a tax deduction.

Tax avoidance moved beyond the preserve of the extremely wealthy (who often pay very little tax) to the middle class, as dodgy brokers flooded into a new market opportunity in tax avoidance schemes. These brokers avoided the necessary paperwork and, in the case of Currans, simply gave away companies to the homeless and criminals to obscure the paper trail.

Elegant avoidance became inelegant evasion. When the extent of the avoidance and evasion was exposed, it threatened the legitimacy of governments seen to let tax dodgers free reign whilst Pay As You Earn citizens payed their way. The law reform that followed closed some, but not all, of the loopholes created.

How might we understand the rise of the dodgy middlemen in the case of the Panama revelations? As with the Bottom of the Harbour, there has been an increased supply of tax avoidance opportunities, this time created by the mass marketing of offshore companies that have attracted high custom. At the same time there has been the closure of some loopholes that allowed avoidance.

Banks have been caught out by earlier ICIJ revelations and in response to this pressure, have distanced themselves from setting up these companies. In this vacuum, middlemen with dubious careers have moved in to set them up.

However, banks may still manage the accounts involved. In light of this recent scandal, a key question is whether banks will now cut their ties completely with suspect individuals or whether the profitability involved will mean that new methods of keeping names out of the public eye will emerge. Pressure from the revelations may yet result not only in greater transparency and improved behaviour but also a greater effort by banks and others to ensure secrecy in new ways, ways which may consolidate closer connections between tax evasion and other forms of crime.

The capacity of law enforcement to deal with the latter outcome needs close scrutiny. Authorities will have to demonstrate whether any scheme, new or old, can be demonstrated to break the law. At the present time it is not clear how much of the behaviour was actually illegal at the time it occurred.

Articles also emphasises the legality of some reasons for setting up offshore companies. As a result, there will be a considerable challenge for the ATO in figuring out exactly who can be made legally accountable for their activities.

This will take years to resolve. The ATO might decide on a path of lesser resistance to get those involved to pay significant amounts of money to them without naming them or any case ever reaching the courts as they did in 2009 with unnamed High Wealth Individual paying $242 million in unpaid taxes. Secret accounts may yet be met by greater secrecy in law enforcement.

In the world of tax avoidance, public and enforcement pressure can lead down divergent paths. Greater levels of tax may be paid and higher ethical standards achieved in compliance with the law. New avoidance schemes will arise, they are inevitable. Yet, the pressure created may see avoidance pushed towards evasion with greater obscurity in where money is hidden – and by whom.