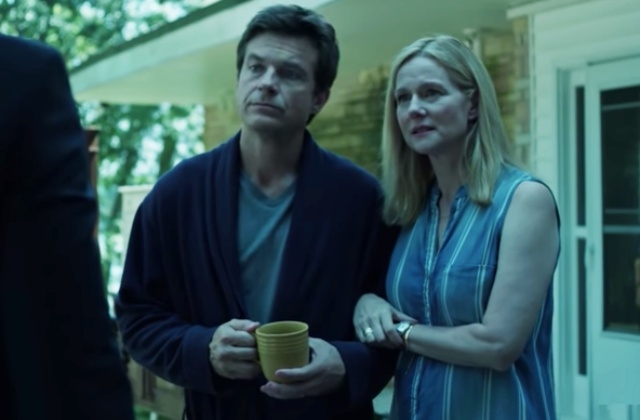 Netflix already announced that “Ozark” season 4 would be the final installment of this crime drama series. It will now end the Byrde’s family’s story after they got too involved in criminal activities, the Navarro drug cartel in particular.

This was not Marty Byrde’s dream when they first set foot in Ozark as he wanted a new life for his family. They were running away from money laundering troubles in Chicago, however, he ended up messing their lives further when they got entangled with local criminals. Now everyone in his family is involved in illegal works and this could really ruin their home forever.

It was revealed that “Ozark” season 4 will not just offer 10 but 14 episodes in all. This means that the drama will conclude with an extended season. Showrunner Chris Mundy explained how they are going to extend the story and he probably gave hints on what to expect in the upcoming final installment as well.

“We’re treating it in the writers’ room more as two (seasons),” he told Gold Derby. “It is one season and episode 401 is even going to be a flash-forward most likely into something that comes deeper because people are going to experience it in two halves.”

Mundy also said that since “Ozark” season 4 is going to be broken down into two parts, the mid-season finale will open the story for the mid-season premiere which is the last 7 episodes. He also said that there will be no time jumps this time because they want to keep the final story whole.

Jason Bateman told IndieWire that filming for “Ozark” season 4 will begin on Nov. 9 so the production team is busy preparing to get back to the set. They are also taking extra precautions since COVID-19 is still around and won’t be gone soon. It is yet to see if there will be no changes in their schedule since the pandemic situation is unpredictable.

Aside from Bateman who plays Marty Byrde, Laura Linney will return as Wendy Byrde and their kids - Charlotte (Sofia Hublitz) and son Jonah (Skylar Gaertner) will also reprise their roles. Julia Garner as Ruth Langmore, Felix Solis as Omar Navarro, Lisa Emery as Darlene Snell and Charlie Tahan as Wyatt Langmore are coming back too.

Although there is a theory that Ben Davis (Tom Pelphrey), Wendy’s brother is alive, he won’t be returning in “Ozark” season 4 which means he really died in the third season. It was also predicted that both Marty and Wendy will die as their ties with the Navarro cartel deepens.

Another theory is about Wendy, Express reported that she will kill Navarro in the end. She will do this so she and Marty can escape from the criminal web they were caught in. After gaining Navarro’s trust, she will attack at some point in “Ozark” season 4.” Meanwhile, the final season of this drama is predicted to premiere some time in 2022.