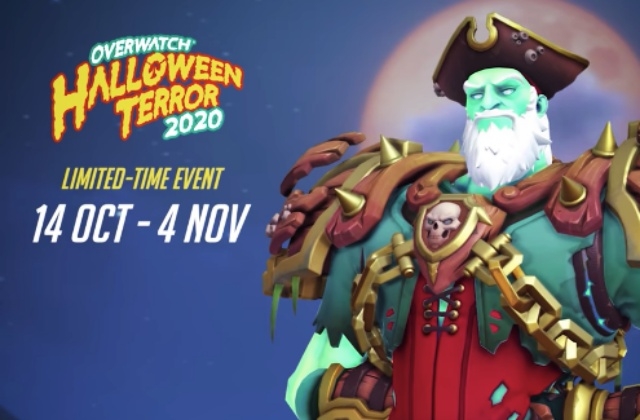 “Overwatch” holds its Halloween Terror event every year and this 2020, this annual spooky fest is returning with new challenges, Halloween skins and more. Blizzard also launched the Junkenstein’s Revenge co-op mode and there are interesting missions to play in the entire 3-week period.

The “Overwatch” Halloween Terror event will run from Oct. 13 to Nov. 3., and it will also feature the Junkenstein’s Endless challenge aside from the Junkenstein’s Revenge. As posted on the game’s official web page, a heart-pounding horror awaits gamers.

“We’re celebrating this horrific holiday with chilling new cosmetics, weekly rewards, and some spooky spins on Junkenstein’s Revenge, the action-packed co-op brawl, with new challenges,” the announcement reads. “Team up to take down the devious Dr. Junkenstein as you face stampeding zomnics, evade a vengeful spirit, dodge a slew of Shock-Tires, and more.”

It was added that gamers can try new challenge missions that will be unlocked every week. The teaser also revealed some rewards that include legendary skins for Flying Dutchman Sigma, Karasu-Tengu Genji, Shin-Ryeong D. Va., Dai-Tengu Hanzo and Werewolf Winston.

Those who complete challenges in competitive play, arcade mode or quick play during the “Overwatch” Halloween event will be able to unlock other rewards like special epic skins and sprays for their favorite character. Weekly rewards are as follows as per Newsweek.

Lastly, for the third week, win 3 games in the “Overwatch” Halloween event and earn a Ragdoll Echo player icon, win 6 games for Ragdoll Echo spray and winning 9 games will give a Ragdoll epic skin reward.

The 2020 “Overwatch” Halloween Terror event is already active and fans can start playing the challenges. All gamers can join this event as this is available on several gaming platforms like Nintendo Switch, PlayStation 4, Xbox One and PC.