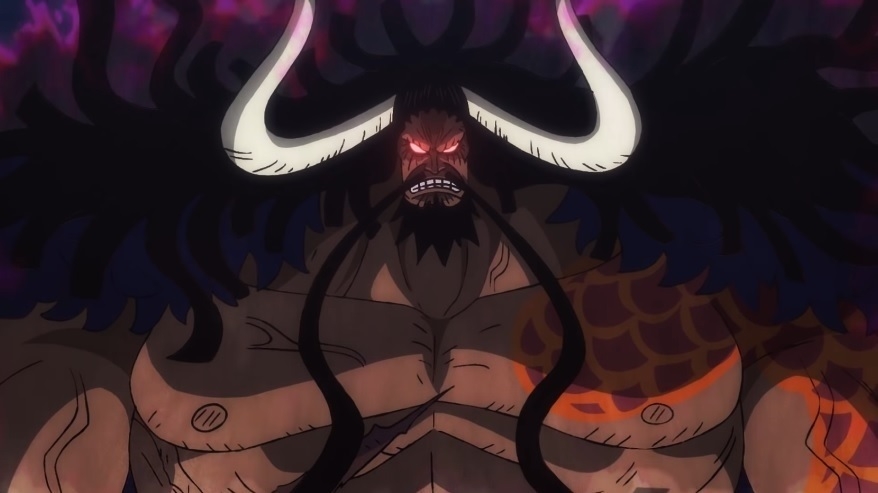 There is now an even bigger problem coming into “One Piece” chapter 998. Kaido has made the entire Onigashima island float to later drop it over the Flower Capital. Fans are now trying to predict who could be the one to help stop the potential death of thousands of people in Wano.

‘One Piece’ chapter 998 spoilers, plot predictions: Who can save the Flower Capital?

For a brief recap, Kaido used one of his newly introduced powers in chapter 997. As Yamato explained, dragons like Kaido have the ability to produce flame clouds and use them to fly. It is the same ability that Kaido used in the latest installment that allowed him to practically lift an island and transport it to Wano’s capital. The problem now is the alliance cannot let that happen because dropping an entire island to another occupied location just means many people are certainly going to die.

Since the alliance’s fight has Wano’s welfare as one of its main motivations, it is one thing they would need to address in “One Piece” chapter 998. One fan suggested that one of the Marine admirals might show up and lend a hand. That admiral is Issho, aka Fujitora.

It can be recalled that Fujitora ate the Zushi Zushi no Mi Devil Fruit that gave him the ability to practically control gravitational force. In the previous story arcs, Fujitora demonstrated that he is strong enough to make an entire ship and a whole island levitate. This makes him the likely character to address the flying Onigashima problem in “One Piece” chapter 998.

The problem, however, is there is no assurance that Fujitora will appear in time to prevent the dropping of Onigashima over Flower Capital. So the other possible scenario in “One Piece” chapter 998 involves Momonosuke, as another fan suggested. Momo previously ate an artificial Devil Fruit that has given him his own dragon form.

Back when he was stuck in Vegapunk’s office with Luffy, Momo’s fear resulted in him involuntarily transforming into his dragon form. At the same time, he also produced what fans now know are called flame clouds that allowed them both to escape. This makes it possible for Momo to have his shining moment in “One Piece” chapter 998. But the problem is Momo has yet to be seen having a better grasp at his Devil Fruit abilities.

‘One Piece’ chapter 998 release date, where to read

Fans will have more time to think of other possible ways the alliance can avoid massive casualties since the manga is currently on a break. “One Piece” chapter 998 will not be released until Sunday, Dec. 13. Once the chapter is out, fans will be able to read its official copy for free through Manga Plus and Viz Media.