‘One Piece’ chapter 991 release date, spoilers: Scabbards hope to die in this war and bring Kaido with them 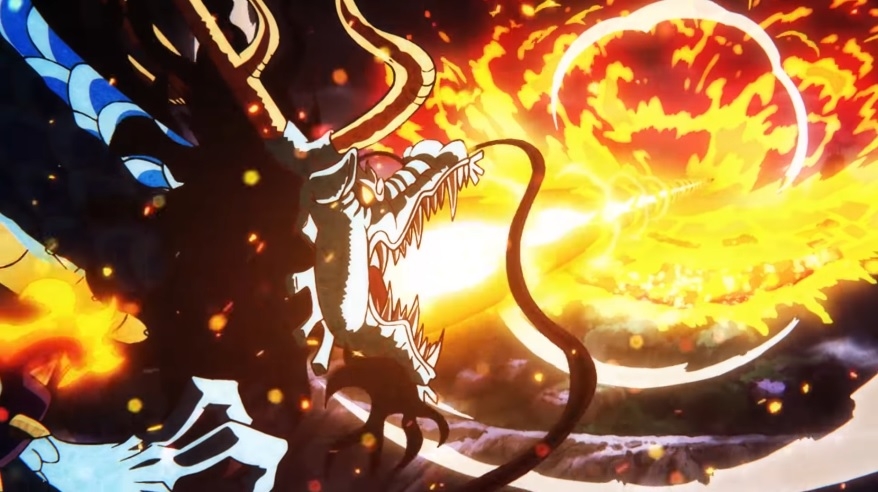 Expect to see several highlights in “One Piece” chapter 991, but one that will stand out is the Red Scabbards’ resolve to die fighting in this war and taking Kaido with them. Meanwhile, the pirates continue to face some of Kaido’s strongest allies.

The summary of “One Piece” chapter 991 has been leaked including its title “Please let us die!” It is a reference to the Red Scabbards’ lines by the end of the chapter as they prepare to face Kaido on the roof of the Onigashima castle.

While Kaido had already busted out his dragon form in a previous chapter, he has yet to fully dive into the war. Members of the Beasts Pirates, the Numbers, and the Disasters are mostly the ones doing the fighting over the previous chapters. However, the “One Piece” chapter 991 spoilers indicate that Jack is has been defeated and could even face death if he does not bow out and recover.

This forces Kaido to face his enemies head-on in “One Piece” chapter 991. As soon as he joins the fight, Kaido reportedly uses his Bolo Breath attack which hints that he is taking Red Scabbards and the Minks seriously as enemies. The series has shown how strong Kaido’s Bolo Breath is, but the leaks say Kinemon is able to dodge it by cutting it in half with his sword fighting style Kitsunebi-ryu. The attack will also injure Kaido’s mouth, but the leaks do not specifically say how serious the wound will be.

Following this sequence, the Red Scabbards declare they are no longer planning on escaping or hiding, which could also mean they are prepared to match whatever attack Kaido will throw at them. It is at this point that Oden’s retainers will also declare in “One Piece” chapter 991 that they are ready to die now as long as they take Kaido with them.

In the other parts of the arena, the pirates continue to fight other strong opponents. Zoro and Jinbe are not okay with accepting Drake, but Luffy says it is fine and the Marine can fight with them. Apoo will also return in “One Piece” chapter 991. Since Drake does not like him, he instantly goes after him and Zoro agrees to team up with him. Meanwhile, Nami and Usopp will also pick a fight with Page One and Ulti as the Numbers named Haccha has his eyes on Franky.

‘One Piece’ chapter 991 release date, where to read for free

“One Piece” chapter 991 will be released on Sunday, Sept. 27. Full copies of new chapters are officially released through Manga Plus and Shonen Jump online.