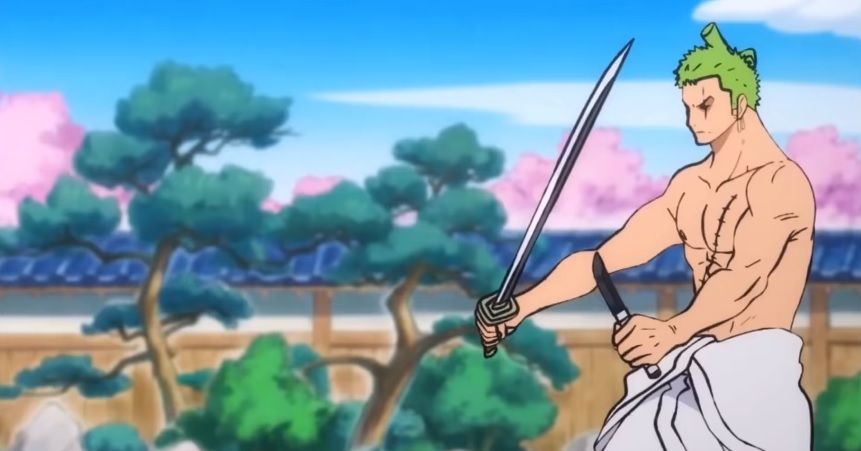 From a clip of “One Piece: Wano” | Photo credit: AnimeTV/YouTube screenshot

“One Piece” chapter 956 is going to serve as the official opening of Wano arc’s third act. This could be the most suitable time for the manga series to provide some updates on events simultaneously happening outside Wano such as the Reverie.

‘One Piece’ chapter 956 predictions: Reverie updates could be underway

The Wano arc is being told in the format of a kabuki play that usually has three to five acts. The first act told in a slow-paced narration building up the plot and introduces the characters. The manga did just that explains the slew of new characters introduced before “One Piece” chapter 956.

The second act was also consistent with the Japanese play format as the events were told at a faster pace but always led to major plot points. For example, the second act concluded with the forces of Luffy’s alliance gathering to their respective assembly points preparing to attack Kaido in Onigashima. The question now is whether “One Piece” chapter 956 will pick up directly from the end of act 2.

Fans think that if Eiichiro Oda is thinking of giving updates on the whereabouts of other important characters like Bege and significant events like the Reverie, “One Piece” chapter 956 would be a great time to do that. In the previous chapters, the cover images have been all about Bege’s voyage. However, it is still unknown to fans whether these images represent events that happen in the same timeline as the Wano arc.

Fans will certainly appreciate it too if “One Piece” chapter 956 will pick up directly from the events in chapter 955. One of the highlights in the previous installment involves Luffy. It can be recalled that he has been training with the old man Hyo to master the Armament Haki.

For weeks now, it seems like this technique is being established as the key to defeating Kaido. Whether Luffy can do that could be featured in “One Piece” chapter 956.

However, it is important to note that Kaido is allied with Big Mom now. The latter is known to be an Armament Haki user starting when she was a child. This just makes it questionable whether Armament Haki will be enough to see Luffy succeed vs. Kaido in the upcoming chapters. “One Piece” chapter 956 will be released on Sept. 20.