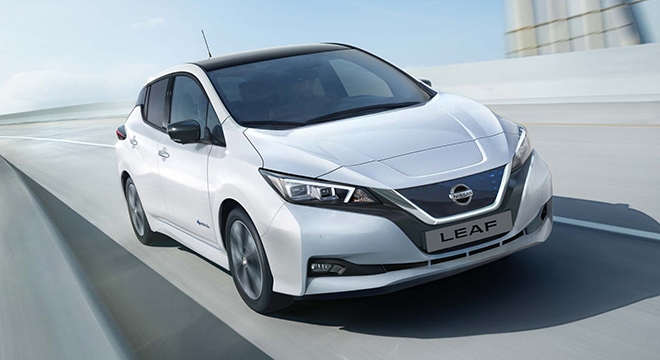 Nissan and the three municipal governments of Namie, Futaba, and Minami-Soma, all in eastern Fukushima Prefecture, as well as seven commercial entities, including retailer Aeon Tohoku Co., signed a partnership agreement for "sustainable community development" in February last year.

The Great East Japan Earthquake, tsunami, and nuclear disaster of 2011 wreaked havoc on those communities.

4R Energy Corp., a Yokohama-based joint venture formed by Nissan and trading house Sumitomo Corp., will launch a project to recycle and reuse batteries for electric vehicles under the terms of the agreement.

The plant built by 4R Energy in Namie was finished in 2018.

Depending on the degree of degradation, the batteries at the plant will be reused in new electric vehicles, converted for use in golf carts, or used as domestic storage batteries.

After the Fukushima No. 1 nuclear power plant disaster in 2011, all Japanese reactors were shut down and tighter safety regulations were implemented.

The production of batteries uses a lot of electricity and produces a lot of CO2 (CO2).

Reusing batteries reduces emissions while also conserving limited minerals like cobalt and nickel, which are used in batteries.

With the rise of electric vehicles, certain materials may become scarce.

Another benefit is that batteries can be reused.

Because batteries degrade after repeated charging, old electric vehicles are less expensive than their gasoline-powered counterparts.

When a battery-reuse mechanism is developed, however, total trade-in prices for electric vehicles and their batteries are projected to climb.