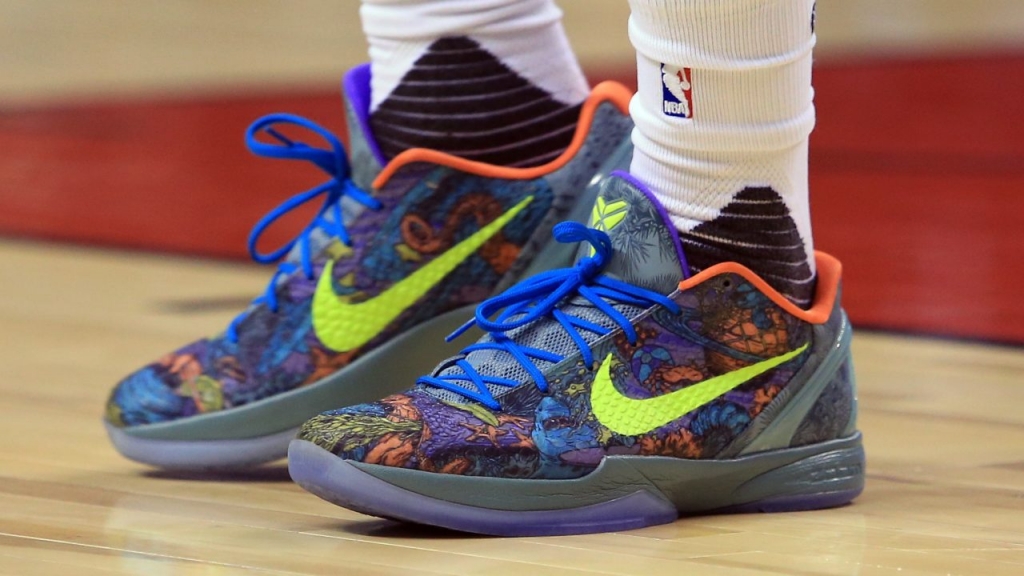 The Nike Kobe 6 Protro 'Prelude' is returning soon, giving fans a combination of the Nike Prelude and Protro series.

The prelude sneaker was known as the 'All-Star MVP' colorway and was released on January 11, 2014.

Nike and Kobe Bryant began releasing older models from the Nike Kobe line in 2018 on the condition that the retro basketball shoes must include performance upgrades.

The Protro series was born in the wake of Bryant's historic 20-year career.

After Bryant tore his left Achilles tendon in April 2013, he wore older models from his signature line in some of his first few games back during the 2013-14 season.

The retrospective release was known as the 'Prelude' collection and was designed to tell stories through artistic colorways. It was all meant to culminate in an epic release of the Nike Kobe 9.

The multi-color Prelude retailed for $200 but now has an average resale price of $1,333.