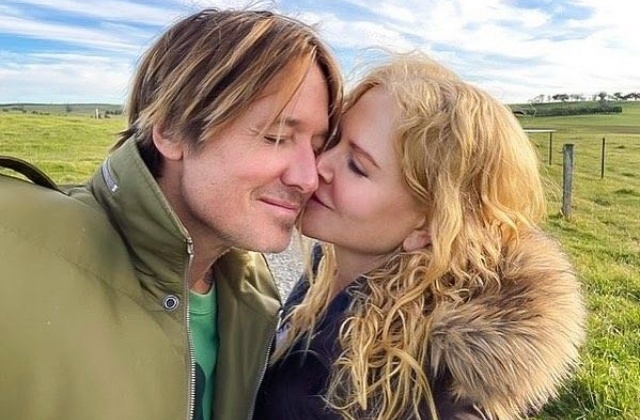 Nicole Kidman and Keith Urban reportedly did something together to make their marriage alive. It is not something that other couples would think of doing to help maintain the vigor in their relationship so it is quite unique.

As per Life & Style, Nicole Kidman and Keith Urban are said to have gotten Botox as one way to take away some stress in their marriage since it can make them look good. Also, it was reported that this cosmetic procedure is the couple’s secret to preventing frown lines from forming due to the strains that wedlock can bring.

Moreover, based on the article that was published in the said magazine, it was revealed that the pair is really into these treatments and they love it. Their fondness in this way of enhancing or improving the looks was said to be no secret which means people around them know they indulge in Botox and other procedures.

“They've gone in for solo treatments, of course, but they also have a cosmetic surgeon who comes to see them in the privacy of their own home,” the tipster told the tabloid. “Neither Nicole nor Keith is against fillers or a few injections but this did more than just smooth out a few wrinkles.”

Are Keith and Nicole really rely on Botox to keep the spark in their marriage and look young?

The truth is - there is no need for Nicole Kidman and Keith Urban to improve their looks just to keep their marriage alive and happy. Everyone can see that they have a great relationship and their marriage just keeps getting stronger as years pass by.

The public can also see how happy they are through their social media and the “Moulin Rouge” actress has always been supporting her husband with his music. Cosmetic procedures are definitely not a way for the pair to fix their marriage.

With regard to the claims of them to be so fond of Botox, this is not true either. In fact, Nicole Kidman once said in an interview that getting this treatment was one of the things she regretted.

"No surgery for me," the actress told a magazine in Italy via HuffPost. "I did try Botox, unfortunately, but I got out of it and now I can finally move my face again."