Nicaragua crisis: how democracy dies in the era of fake news 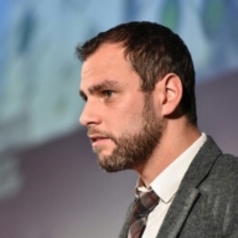 For decades, Central America was mostly sidelined as far as global news was concerned. That all looked set to change with the advent of digital media, which initially promised to put previously marginalised voices on the world stage. But instead, the age of social media and fake news might have ushered in something much worse than obscurity: an entanglement of news and rumour that’s dividing populations, spilling blood on the streets, and transforming the relationship between politics and information for the worse.

Nowhere is this playing out more starkly than in Nicaragua, which is facing a crisis the like of which the country hasn’t seen in many years.

Things started to go wrong when the Nicaraguan government introduced a controversial welfare reform package on April 16 2018. Mass protests soon flared up, and as people took to the streets, they set up barricades, severely restricting movement around the country and clashing with state security forces. The people on the barricades aren’t just protesting the welfare reforms; they have also repeatedly called for Daniel Ortega, president since 2007, to be removed from office.

The situation quickly turned violent, and months of unrest have followed. Although exact numbers are hard to ascertain, the protests have seen hundreds of people killed. Equally as tragically, the protests have begun to tear society apart, turning friends and families against each other.

The Nicaraguan crisis is in many ways a crisis of polarisation. This is not just a story about who is right or wrong; it’s a lesson in how democratic the changing relationship of citizens with information has allowed artificially polarised views to become entrenched, transforming the way political arguments are controlled and deployed. With both sides in Nicaragua becoming increasingly ambivalent towards the information they receive, the country may already have no way out of its social and political crisis – and it could be a canary in the mine for democracy around the world.

In the “old” media landscape of even just a few years ago, the public was able to collectively develop ways of identifying bias and distinguish truth from lies and propaganda. But today that’s much harder – not just because of the volume of information, but also because algorithmic curation makes it increasingly difficult for laypeople to develop strategies that successfully identify bias.

Technological advancements have further disrupted these strategies. Even the knowledge that video and audio can be edited helps fuel an overactive suspicion of information, with viewers and listeners always on alert for any attempt to distort or misinform. As explained by Ira Kemelmacher-Shlizermam, professor at the University of Washington’s School of Computer Science:

While a certain amount of scepticism is useful when deciding what sources to trust, the level of ambivalence, distrust and cynicism on display today is something else. Thanks to the sheer volume of information with which users are now inundated, compounded by skewed algorithms and bellicose Trumpian rhetoric railing against fake news, readers and viewers are increasingly unable to discern that which demands scepticism from that which doesn’t. The net result is a terminal sense of ambivalence.

While both sides in Nicaragua accuse each other of manipulating and faking videos or photos, neither has produced much in the way of evidence to support this. But that’s beside the point: on a fundamental level the fake news era has already changed people’s relationship with information.

Inundated with claims that nothing can be trusted and that all sources of information are compromised, news consumers can only fall back on what they already consider reliable sources. They dismiss all competing stories as fake, or at least untrustworthy; they seek out information that reinforces our position, and become less and less able to accept nuance.

In a place like Nicaragua, where a highly complex and political situation is underpinned by layers upon layers of history, colonialism, imperialism and solidarity, this scepticism and ambivalence towards information leaves all sides so entrenched in their own narratives that dialogue is all but impossible.

Truth, or course, has always been a difficult thing to obtain in moments of conflict and violence, and with so many factions seemingly at play in Nicaragua over the last four months it has become increasingly difficult simply to see what’s happening. Every last report, story, or rumour has been taken up by one side or the other and folded into their stockpile of “evidence”. In these circumstances, there will be no meaningful dialogue, there will be no end to the violence, there will be no justice, and there can be no outcome bar the collapse of the country.

The sociologist and philosopher Zygmunt Bauman wrote that democracy is about constant questioning. When we lose our ability to question information appropriately and instead navigate by false dichotomies, democracy withers and dies.