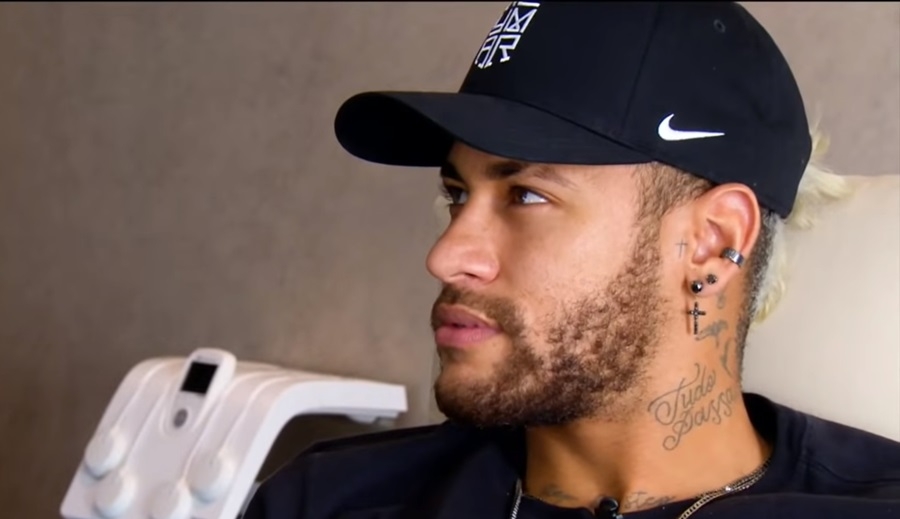 Photo via Screenshot of NJR10HD/Youtube

Neymar, along with Kylian Mbappe and Edinson Cavani, were all absent when PSG went up against Real Madrid today. Mbappe and Cavani are still recovering from their injuries, while the Brazilian was out due to a suspension he received last season.

Neymar’s punishment was levied after he insulted match officials after PSG lost to Manchester United that got the club booted out of the Champions League quarter-finals. The 27-year-old said on social media that it was a “disgrace” that the people overseeing the VAR know nothing about football.

Following the statement, Neymar was handed a three-game ban, the first of which took effect on Sept. 19. PSG disputed the decision and the claim were ultimately thrown out. However, the club managed to decrease the three-game ban to two after PSG appealed Neymar’s case to CAS, TalkSport reported.

“In application of Art. 15 (1) lit. b of the UEFA Disciplinary Regulations which provides for a minimum suspension of two matches in case of “abusive language” directed at a match official, the sole arbitrator partially upheld the appeal and reduced the suspension imposed by UEFA on Neymar Jr. to two (2) UEFA competition matches for which he would otherwise be eligible,” the announcement said. Thus, the Brazilian will not be playing against Galatasaray on Oct. 1 but will be returning on the pitch when his team faces Club Brugge.

Neymar’s absence made no difference

Meanwhile, PSG recently won a decisive victory against Real Madrid despite three of its offensive threats sitting on the sidelines. Even without Neymar, Mbappe, and Cavani, Thomas Tuchel’s squad still managed to make the match a walk in the park, with their victory spearheaded by Angel Di Maria.

Maria scored two of the three goals and was involved in the third one that was finished by Meunier. Neymar was seen in the sidelines celebrating with Mbappe as their teammates decimate Real Madrid who looked uninspired throughout the match. While the Los Blancos did attempt to fight back, their efforts came short and all their shots were either a miss or were voided.

PSG fans, of course, roared in delight as their club walked off the pitch with their heads held high. Even their hate towards Neymar was partially forgotten. Of course, it would be sometime before all the negativity surrounding the superstar completely dissipates as fans are still annoyed that Neymar adamantly pushed for his Barcelona transfer months prior.