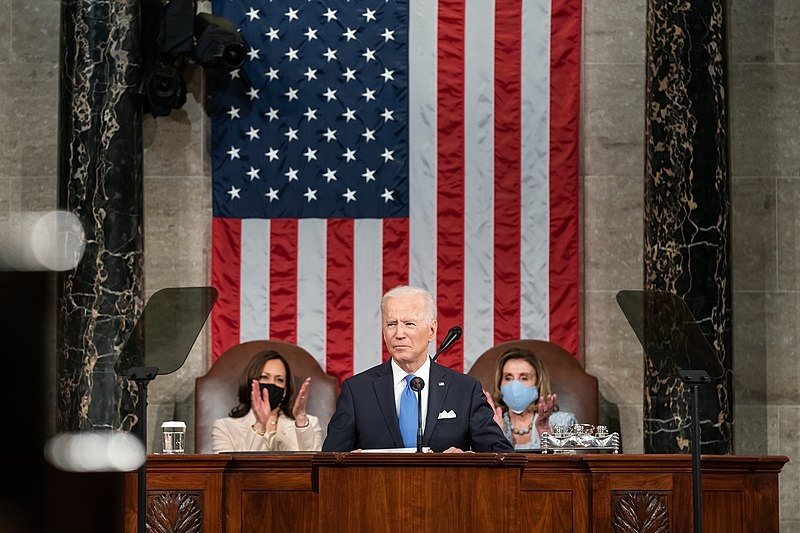 House Speaker Nancy Pelosi has extended the invitation to US President Joe Biden to deliver the State of the Union address to Congress this year. Biden would be addressing a very divided joint session of Congress on Mar. 1.

Pelosi extended the invitation to Biden to deliver the State of the Union address to Congress last week, with the address taking place on Mar. 1. This would be the latest that Biden would address Congress as this traditionally takes place in late January. This follows a year and a day after Biden’s previous address to a joint session of Congress, his first as president.

In her invitation letter, Pelosi thanked Biden for his vision and leadership. Pelosi also sought to highlight Biden’s achievements in his first year as president.

“Thank you for your bold vision and patriotic leadership which has guided America out of crisis and into an era of great progress, as we not only recover from the pandemic but Build Back Better!” wrote the House Speaker.

Biden’s first address to Congress, on Feb. 28, centered on unity and trying to bring every one of both political ideologies together from the evident partisan division created by his immediate predecessor Donald Trump. However, it may be likely that Biden would go into a more partisan tone this time around as the majority of Republicans are still under the influence of Trump and have sought to downplay the Jan. 6 Capitol insurrection.

Over the weekend, Pelosi compared the Republican-led efforts to implement stricter election and voting laws in states to the Capitol riots, where five people were killed, and dozens of police officers were injured. In her interview on CBS “Face the Nation,” Pelosi ripped into Republican legislatures for continuing to undermine democracy and voting rights, which have only ramped up since the insurrection as a result of the 2020 elections.

“What the Republicans are doing across the country is really a legislative continuation of what they did on Jan. 6, which is to undermine our democracy, to undermine the integrity of our elections, to undermine the voting power, which is the essence of a democracy,” said the California Democrat, who stressed the importance of passing two voting rights bills through Congress.