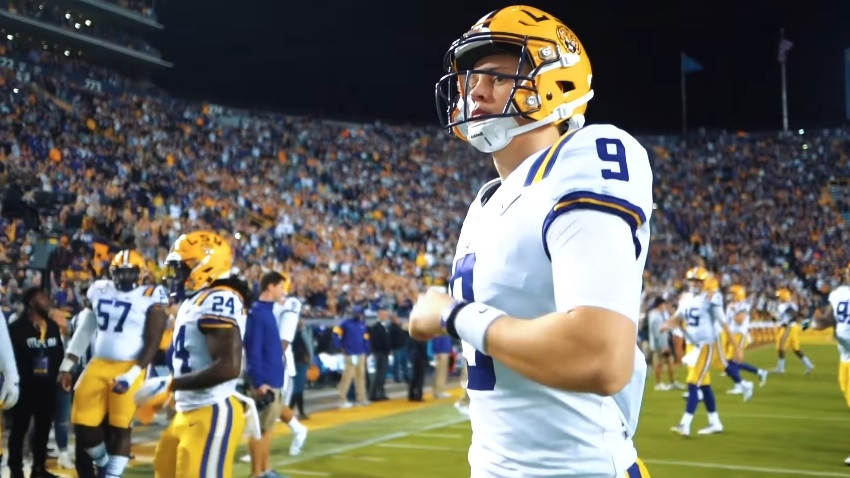 Concerns over the COVID-19, aka coronavirus, has prompted sporting events to be postponed indefinitely. In a way, the pandemic has also somewhat affected the National Football League (NFL) offseason activities, including the upcoming Draft 2020.

First, it should be noted that the NFL is not canceling the Draft 2020 next month. With that, the rumor mill continues to suggest the names that could be picked as the first five drafts this year.

Louisiana State University quarterback Joe Burrow remains the top rumored no. 1 pick for this year’s draft. Burrow acquired some of the most prestigious football awards in 2019, including the Heisman Trophy for his college performance. The Ames, Iowa-native led his team in winning the NCAA’s 2020 National Championship Game.

In his latest playing season, Burrow had a total of 5,671 passing yards, 60 touchdowns, and 6 interceptions. His completion percentage is at a 76.3 percent success rate, with 402 completions out of 527 passing attempts. With these numbers, Burrow has been rumored to land the overall no. 1 draft pick and could then be signing with the Cincinnati Bengals.

Burrow’s achievements at the age of 23 have made him the seeming uncontested pick to lead this year’s NFL Draft. But other rumors suggested that the young QB might not want to don a Bengals jersey for his professional debut given the Bengals’ lackluster performance in season 2019. Burrow, however, stated he wants to be named the first overall pick making it much more possible for him to end up in Cincinnati in April.

This year’s NFL Draft events were slated to be held in Las Vegas that might have also been an attempt to highlight the Raiders’ move from Oakland, California. Aside from the actual draft program, several public events were scheduled around the selection process.

The NFL and Raiders officials have since decided to tweak their plans to secure public health and safety amid the pandemic. The Draft will still take place on April 23 to 25, while other reports imply that the public could only follow these events through TV broadcasts.