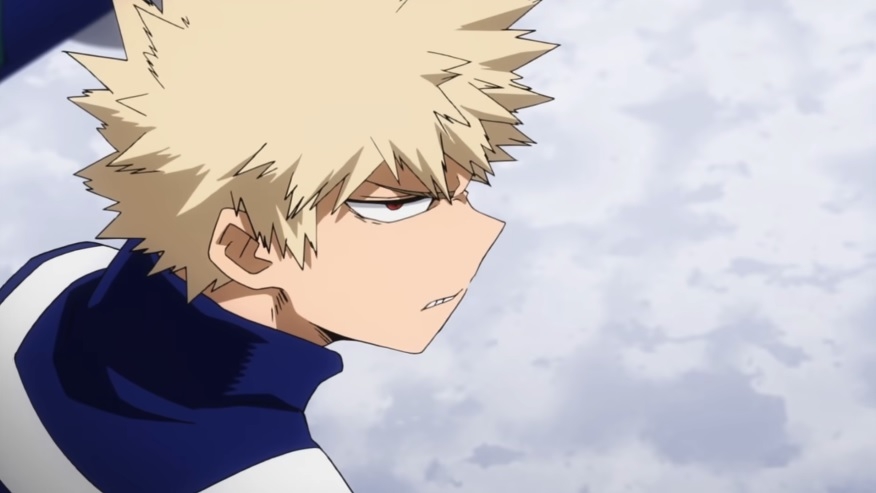 Bakugo will have a moment of epiphany in “My Hero Academia” chapter 293 and declares his latest choice of hero name. However, his comrades are still not impressed.

The process of choosing a hero name is of the important milestones for the protagonists of the series. Unfortunately, Bakugo has not been the best in choosing his hero name, and the failure to get an approved hero name has been part of his character’s running storyline. It also makes sense that the topic of Bakugo’s hero name is being brought up once more now that Best Jeanist is back in action.

The reported “My Hero Academia” chapter 293 leaks indicate that Best Jeanist will be targeted by the horde of Nomu on the battlefield. Jeanist needs to keep his focus or else his Quirk will fail and Gigantomachia will break free. Mirio is unable to hold back all the Nomu, but Bakugo comes in to help.

“My Hero Academia” chapter 293 spoilers mention that sky will light up as Bakugo attacks the horde of Nomu with explosions. It is at this point that Bakugo will tell Jeanist that he has been waiting for a chance to inform him about his hero name. The rough translation of Bakugo’s chosen hero name reportedly could be “Dynamite/DynaMight, The God of Great Killing Bomb” or “Dynamite/DynaMight, The Great Bomb Killer.”

Anyone who has been following the series for a while might immediately spot some problems with this name. Bakugo’s previous choices were rejected or discouraged for being too long and sounding too violent. It is then not surprising that Bakugo’s declaration will be reportedly met with disapproving looks from Jeanist, Iida, Nejire, Compress, and Spinner. Mirio likes it only because he thinks Bakugo is joking, which he denies.

‘My Hero Academia’ chapter 293 release date, where to read

Whether that is Bakugo’s final and official hero name remains to be seen. But as for “My Hero Academia” chapter 293, Deku finds a way to help Shoto, who is getting burned by Dabi, despite his broken limbs. The leaks indicate he manages to use Blackwhip through his mouth similar to how Froppy uses her Quirk.

“My Hero Academia” chapter 293 will be released on Sunday, Dec. 6, and there is reportedly no break next week as well. Official English translation will be available for free through Manga Plus and Viz Media.