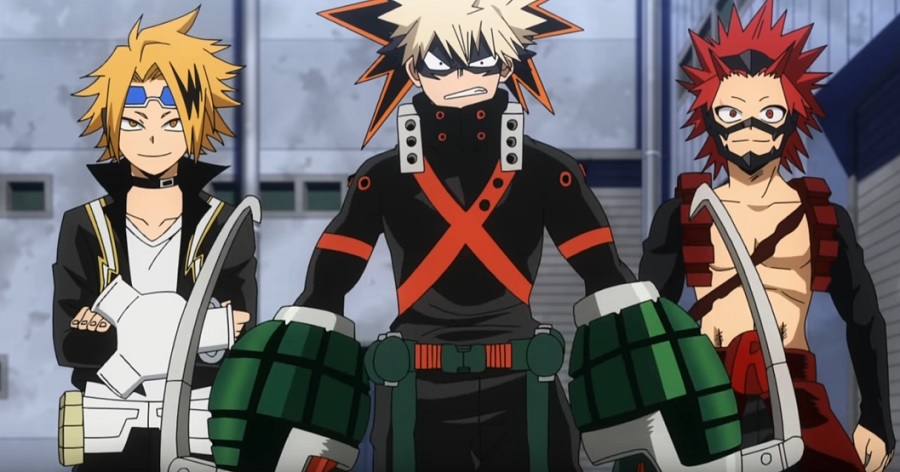 The year 2021 is already shaping up to be a major one for fans of the “My Hero Academia” universe. Aside from the premiere of new anime episodes, it has been confirmed that a third movie will be released next year.

Several promotional images were released over the last week confirming that the third movie of the “My Hero Academia” franchise is in the works. As usual for early-round teasers, not much information about the movie’s plot was revealed.

Follow-up reports, however, mention that the upcoming “My Hero Academia” will be released in summer 2021. A specific premiere date is unlikely to get announced anytime soon, especially with the anime series slated to return on the air with new episodes next year as well.

The timing of the “My Hero Academia” movie’s release window is interesting because the anime’s fifth season is also confirmed to premiere in spring next year. Season 5’s episode count has not been announced, but there is a chance that it follows the same format as seasons 2 to 4 that had at least 24 episodes each. It is then possible for the upcoming movie to arrive in theaters very close to the release of the season 5 finale.

‘My Hero Academia’ movie 3 plot: What to expect

The details revealed about the plot of the next “My Hero Academia” are very scarce. From the teasers online, what fans can gather is that the focus of the story would be the three most recognizable characters in the series. The first promo image for the movie features Izuku Midoriya, Katsuki Bakugo, and Shoto Todoroki along with the cryptic message, “He will meet ‘the three musketeers.’”

My Hero Academia Movie 3 has been announced with a Key Visual https://t.co/g1rctvd1M9 pic.twitter.com/Tjc5zW7Dub

It is quite obvious that the “three musketeers” title refers to Deku, Bakugo, and Shoto. The third “My Hero Academia” movie will likely feature an original plot since this is the first time Deku and Shoto is seen wearing the costume they are donning in the promo image. The same cannot be said for Bakugo, though. He briefly appears in a season 5 promo video wearing almost exactly the same ensemble as shown in the featured image above.

More information could be announced in the coming weeks as “My Hero Academia” is confirmed to be part of the Jump Fest 2021 Super Stage. Fans around the world can follow the popular anime and manga convention as it is happening online due to COVID-19.