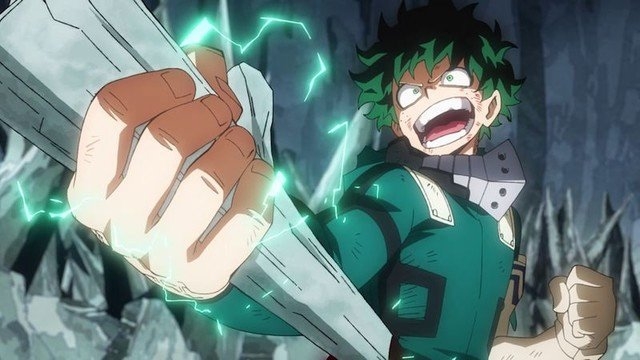 The action heats up in “My Hero Academia” chapter 273 with the arrival of the main villain of the manga’s Paranormal Liberation War arc. Despite the pro-heroes’ attempt at shutting down Kyudai Garaki’s process of powering up Shigaraki, the villain still managed to wake up, unleashing unimaginable devastation to the city.

The pro-heroes’ greatest fear finally happened in the most recent “MHA” manga chapter, which is available for online reading on Mangaplus. Apparently, shattering the vat that contained Shigaraki did not stop the power-up process started by Garaki. When Shigaraki woke up, he promptly unleashed his signature quirk, Decay.

But something’s frighteningly different in Shigaraki’s Decay this time around. It quickly devoured the entire hospital building in just seconds and even spread beyond the medical facility’s compound destroying several blocks of buildings near the hospital’s location. And, as noted by Gran Torino, Shigaraki no longer needs to touch things to use his quirk.

In “Boku no Hero Academia” chapter 273, pro-heroes will be battling this new version of the villain. The latest manga installment revealed this new form as Plus Ultra Shigaraki based on what Garaki said when he saw the devastation caused by Decay quirk, according to Comicbook.

“You had us beat,” Garaki said. “All your work and progress was building toward this, today. But now! We witness a miracle or something even greater: Plus Ultra Shigaraki has awakened!”

“BNHA” chapter 273 will likely show the pro-heroes’ response to the newly awakened villain. Previous “MHA” spoilers suggest that they will likely assemble a team of their top fighters to try to deal with the new threat.

However, it is doubtful if the pro-heroes will be enough to take Plus Ultra Shigaraki on. The reason for this is that, aside from Decay, Shigaraki now has the All For One quirk as well, thanks to Garaki’s procedure. This means he could just steal the quirk of the heroes sent against him.

This could mean that Midoriya might be the key to defeating Shigaraki. In fact, it was already hinted at in the previous “My Hero Academia” manga chapter, where the original user of One For All contacted Midoriya to warn him of the arrival of a transcended one. At this point, one can only hope that Deku will undergo some form of awakening or leveling up of his own so he could effectively deal with the evolved Shigaraki as well.