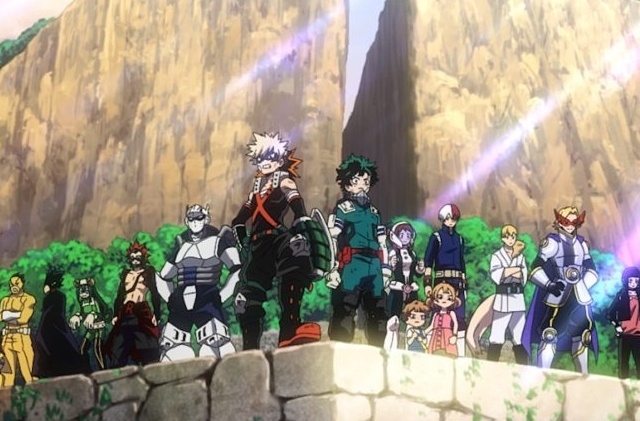 “My Hero Academia” chapter 262 is up next after a week of delay. It will show the heroes finally able to get inside the hospital where Dr. Garaki or Daruma Ujiko has been manufacturing nomus to fight the heroes. Endeavor’s round the clock surveillance of the shady doctor paid off, and now they discovered the illegal works going on in the medical facility.

Spoilers - What will happen?

“Boku no Hero Academia” chapter 262 will show Mirko and her true powers. Her strength will be put on display as she was forced to fight a number of Nomus that are protecting the sinister Dr. Garaki. While she was able to single-handedly defeat the normal monsters, it is yet to see how she will deal with high-level Nomus.

It was predicted that since these types of monsters possess different kinds of power and strength, Mirko will be greatly injured in “My Hero Academia” chapter 261. She already incurred some minor injuries in the early fight with the monsters, and facing stronger rivals will be too much for her. However, she doesn’t have a choice because even if she asks for backup, all the heroes are busy fighting the other villains.

Mirko doesn’t want to give Dr. Garaki a chance to escape, so she will do her best until the end. Will she beat the high-level nomus, or she will be badly defeated? Her fate will be revealed in “My Hero Academia” chapter 261.

Endeavor and the rest of the heroes have yet to see Dr. Garaki’s greatest creation, which is his secret weapon as well. He created monsters at the Jakku hospital, and the most powerful of them all is Tomura Shigaraki. This is his trump card he will be revealed in “My Hero Academia” chapter 261.

The raid at the hospital led by Endeavor is predicted to be a big success despite the fact that many of them will sustain some injuries. It is predicted that he will finally help Mirko, but she may have already suffered from severe wounds by then. Some of the heroes may also die in this chapter.

Finally, as mentioned earlier, “My Hero Academia” chapter 262 was delayed, so it did not arrive last week. GameNGuides reported that the new release date for this chapter had been scheduled for March 2.