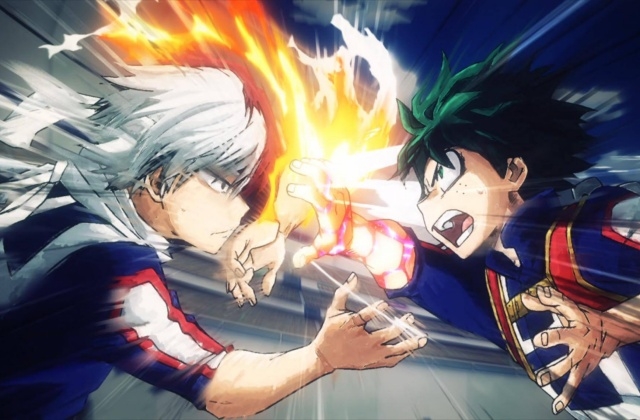 “My Hero Academia” chapter 247 will somehow put Hawk in danger as Twice is starting to suspect him of doing something illegal. The sending of cryptic messages continues as the heroes are still being watched and not free to discuss anything, especially if it is about a revolution.

In chapter 246, Tomura was asking the doctor to make him even more powerful. He told the medical expert that he is aiming to be stronger than his current state, and the doctor explained to him that he doesn’t think he needs more strength because he is already someone with great power who can destroy anything he touches.

But then, Tomura is not convinced and said that he wants it as he seems to be planning to end all the heroes. Other than defeating all the heroes, his intention is not really clear.

It was shared on Reddit that many things will happen in “My Hero Academia” chapter 247, and this includes Endeavor becoming Shoto, Deku, and Bakugou’s drill instructor in the academy. Also, Twice is eyeing Hawks because he started to think that he is doing something suspicious.

Twice decided to ask Toga what he thinks of Hawks. The antagonist wants to know if he can also see something unusual with his moves?

Further, it was suggested that “My Hero Academia” chapter 247 is officially listed as the Endeavor Internship Arc so it could focus on internships and Endeavor as the drill instructor, which Deku likes so much.

“My Hero Academia” chapter 247 will likely show how Shigaraki Tomura has recovered from the surgery as Endeavor trains the younger interns. His wicked plot to declare war on the heroes may also be carried out, but surely, it is impossible for him to end All Might even if he has more power now. The heroes will stop him, but the destruction will certainly be great.

“My Hero Academia” chapter 247 is set to be released on Oct. 21 via Shonen Jump. for those who want to read this chapter before the official publication, they can check out the raw scans that will be available on Oct. 18.