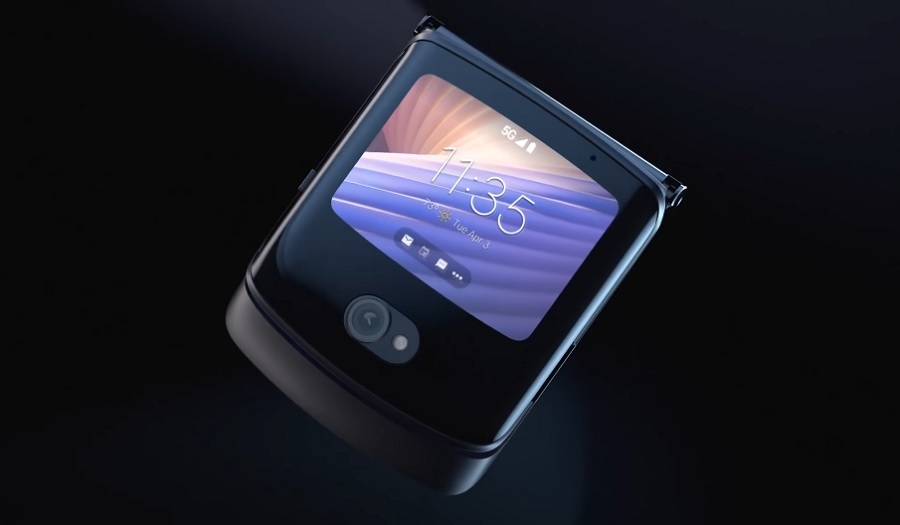 Motorola is expected to bring back its popular Razr brand with a new foldable smartphone this year with the upcoming launch of Razr 3. A couple of live photos have leaked, reportedly revealing significant design changes and camera upgrades for the device.

The report comes from well-known leaker Evan Blass (via 91Mobiles), showing on-hand photos of the unannounced device. The immediately noticeable change can be seen in the rear-facing cameras. The Razr 3 is anticipated to sport two sensors on the back said to be composed of a 50MP main camera with f/1.8 aperture, along with a 13MP lens that combines wide-angle and macro functions.

Unlike the Razr phones released in 2019 and 2020, the Razr 3 reportedly ditches the notch to place the front camera on a hole-punch cutout. The device reportedly features a 32MP sensor for selfies, which is a huge upgrade from its predecessors' 5MP module on the Razr 2 and 20MP on the Razr 5G.

The report also referred to the Razr 3, codenamed Maven, as a flagship-level phone. Blass noted that Motorola had planned to release a model with Snapdragon 8 Gen 1 and another variant powered by the Qualcomm SM8475 chipset, which could be called Snapdragon 8 Gen 1+. However, the company is said to be facing supply chain issues as well, so it remains to be seen if the Razr 3 would have two models with different SoCs.

The Razr 2 had quite an awkward position for the fingerprint reader placed on the chin of the device, while its successor Razr 5G, features a rear-mounted scanner. The same report notes that the Razr 3 would have better placement for the fingerprint scanner by having it integrated into the power button.

Blass also said the Razr 3 will sport a more squared-off design compared to previous models of Razr. For its configurations, the device is expected to be available with 8GB / 12GB RAM and 256GB / 512GB storage options.

Motorola will reportedly launch the Razr 3 in China first, either in late July or early August, with color options “Quartz Black” and “Tranquil Blue.” But the device is also expected to ship to other regions at a later time.