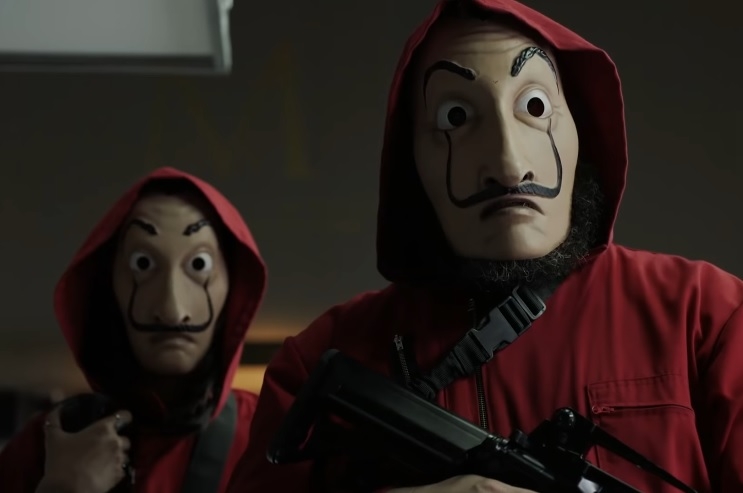 After making fans wait for a few months, Netflix finally announced that “Money Heist” season 5 is happening with the last 10 episodes of the epic heist drama. Filming has reportedly started this week, and it gives fans some hints at what release window to expect.

Part 4, the latest installment of the series, started streaming on Netflix last April. Rumors about “Money Heist” season 5 (or Part 5) have been circulating among various media outlets since last year. But Netflix only confirmed the show’s renewal for a final season last July 31.

Entertainment Weekly reported that filming of “Money Heist” season 5 was scheduled to start Monday, Aug. 3. Production reportedly begins in Denmark before moving to locations in Spain and Portugal.

The same report mentioned the final part will have 10 episodes. This could mean the “Money Heist” season 5 production timeline will take up a similar duration as the earlier seasons. In that case, the start of filming this week makes it possible for the final episodes to stream on Netflix in the first half of 2021.

The announcement of “Money Heist” season 5 also came with the confirmation of two new cast members including “Sense8” actor Miguel Ángel Silvestre and “La Gran Familia Española” star Patrick Criado. It is still unknown what roles they are going to play for the final heist, but series creator seemingly hints they may portray the next antagonists of the heist mastermind portrayed by Alvaro Morte.

"We always try that our opponents be charismatic, intelligent, shiny,” Pina told EW. “In this case, in pure war film genre, we also look for characters whose intelligence can measure up against The Professor’s.”

In another statement to Deadline, Pina describes the “Money Heist” season 5 plot as the ultimate end to the crime drama series. He mentioned thinking for “almost a year” of the right way to break up the group that the Professor built while also putting the main protagonist in the most challenging situations. “The war reaches its most extreme and savage levels, but it is also the most epic and exciting season,” Pina added.