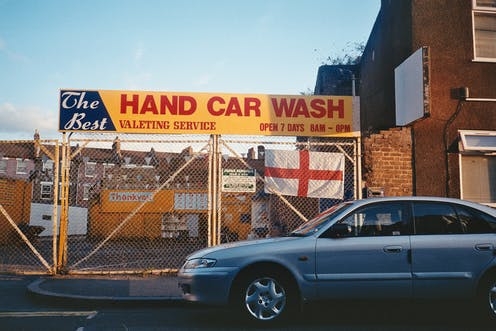 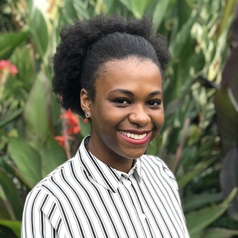 Chances are you will have seen them, at the side of the road, at petrol stations or supermarket car parks. You might have even used one – with low competitive pricing and a quick finish, it’s hard not to feel like a hand car wash is a bit of a bargain. But our new report reveals that some hand car washes in the UK may involve modern slavery, human trafficking and labour exploitation.

Police forces interviewed as part of our research say there has been a rise in hand car wash business activities in their areas. And interviews suggest that some workers are subject to some form of labour and employment violation. This includes pay below the national minimum wage or working excessive hours.

The report finds that the average wage for a day’s work in a hand car wash – ranging between eight and 12 hours – is around £40. The study also confirms that many hand car washes are run by migrants for migrants. Survey responses from police forces identified 26 nationalities working in hand car washes across the UK (mainly Eastern European). Romanian was the most common nationality.

The new report is a collaborative study between experts at the University of Nottingham’s Rights Lab and the Office of the Independent Anti-Slavery Commissioner . The team brought together existing research and information, including press reports, parliamentary evidence submitted to the Environmental Audit Committee, and new information from interviews with police authorities and key stakeholders.

Before 2004, hand car washes were virtually nonexistent. But since then, many have sprung up on the side of the road, petrol stations, disused forecourts, supermarket car parks and former public car parks. Hand car washes are not an unlawful business activity. Yet, growing awareness of their activities has unearthed a host of violations – which allow their operations an unfair commercial competitive advantage.

A concern of hand car washes is the prevalence of labour exploitation and modern slavery. Our report reveals how police investigations have found issues around wages, working conditions, and health and safety. Reportedly, some workers were also housed in substandard or dilapidated accommodation. In 2015, a Romanian national, Sandu Laurentiu-Sava, who worked at a hand car wash was electrocuted to death while showering because his employer was bypassing the electricity meter. 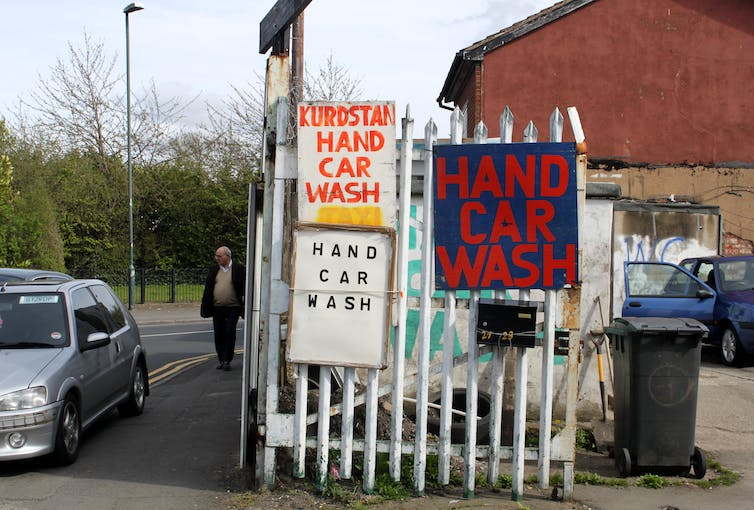 At present, the UK does not have a system to license and register hand car washes. As a result, it is difficult to assess the number of operations, their location and the true scale of labour exploitation. In the absence of such data, our report aims to provide a better understanding of labour abuses in this sector. It also explores the challenges and approaches to tackling them.

The report identifies issues across the spectrum of labour exploitation, from lower level forms of abuse to modern slavery and human trafficking. One police force interviewed described cases of individuals trafficked from Romania. They were made to work in hand car washes for two weeks and only paid £10. The workers hoovered coins from the cars they washed to survive.

But despite the circumstances many of these workers are in, we found that many do not identify themselves as victims – hand car washing is seen as a better opportunity compared with alternative employment options.

And because many of these workers don’t see themselves as victims, it could lead to law enforcement overlooking exploitative labour practices. The report also found that the status of a worker in the UK may hinder the identification of victims. This is because workers may choose not to engage with law enforcement, or because they may ultimately be treated as illegal immigrants.

Hand car washes are often described as unregulated operations. But like other businesses operating in the UK, there are regulations to which they should adhere. These includes planning permission, paying business rates, environmental policies – including permission to dispose of liquid waste – paying national insurance, corporate tax, national minimum wage, and health and safety. And turning a “blind-eye” to noncompliance has allowed operations to flourish. 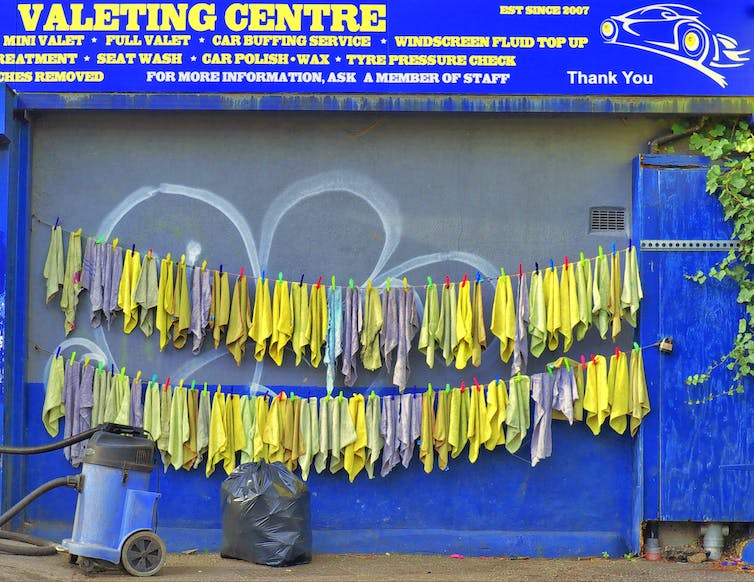 Thousands of workers in hand car washes across Britain are believed to be modern slaves. Tee Cee/flickr, CC BY

Of course, these types of businesses can operate ethically and responsibly. But given that exploitation of workers at hand car washes hides in plain sight, it highlights the role the public can play in shedding light on abusive labour practices. One way people can do this is by using The Safe Car Wash app. The app offers motorists a checklist to fill in when they use a hand car wash – and a number to call if warning signs are flagged up.

This is important, because while it might be easy to ignore the problem, the reality is about real people who may be trapped in exploitation, living under the threat of violence, with no alternative options.