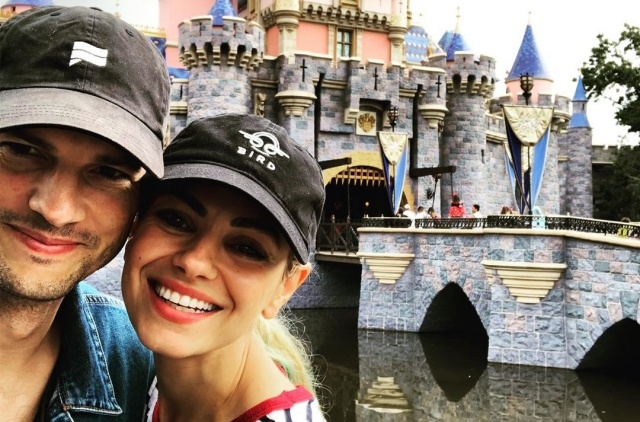 Mila Kunis and Ashton Kutcher have previously been reported to have called it quits after more than four years of marriage. And the latest report stated that the couple is now trying to save their relationship from the brink of divorce.

The couple’s marriage is allegedly in shambles

In May, OK! Magazine reported that Mila Kunis and Ashton Kutcher have decided to put their divorce plans and save their marriage instead. They have been together as a husband and wife for almost five years but things have not been good between them that they have thought of splitting up for good.

“They’d pretty much been living separate lives, putting their careers first and not spending enough time together as a family,” the insider supposedly told the magazine. “People who are very close to the couple could see what was happening between them and found it alarming.”

The unnamed source added that many of their friends are fearing that the end is near for Mila and Ashton in terms of their marriage. Furthermore, the tipster went on to say that the actress herself has been spreading the news that she and Ashton are already on the brink of breaking up. “Mila told friends that things got so bad and she was thinking about leaving Ashton,” the informer said.

Mila and Ashton decided to give their marriage a second chance

Mila Kunis and Ashton Kutcher are about to get a divorce but it was said that the two talked things out and they decided to keep their family intact. The pair wants to resolve their marital issues and fix their relationship before it’s too late.

They supposedly realized that they just need to put in more effort and work on their union so that everything will be iron out. Mila and Ashton even signed up for couple’s therapy which signifies their determination to make things work between them again. “It forced them to have heart-to-hearts and modify the behaviors that drove each other crazy,” the source said about the therapy.

Debunking the report on the couple’s relationship woes

Gossip Cop mentioned that it is hard to know how a husband and wife’s relationship works at home. Likewise, outsiders can’t possibly know what is going on between Mila Kunis and Ashton Kutcher behind closed doors but since they often post on social media, everyone can see that they are doing well. The fact-checking site also determined that this rumor is just a fabricated story.