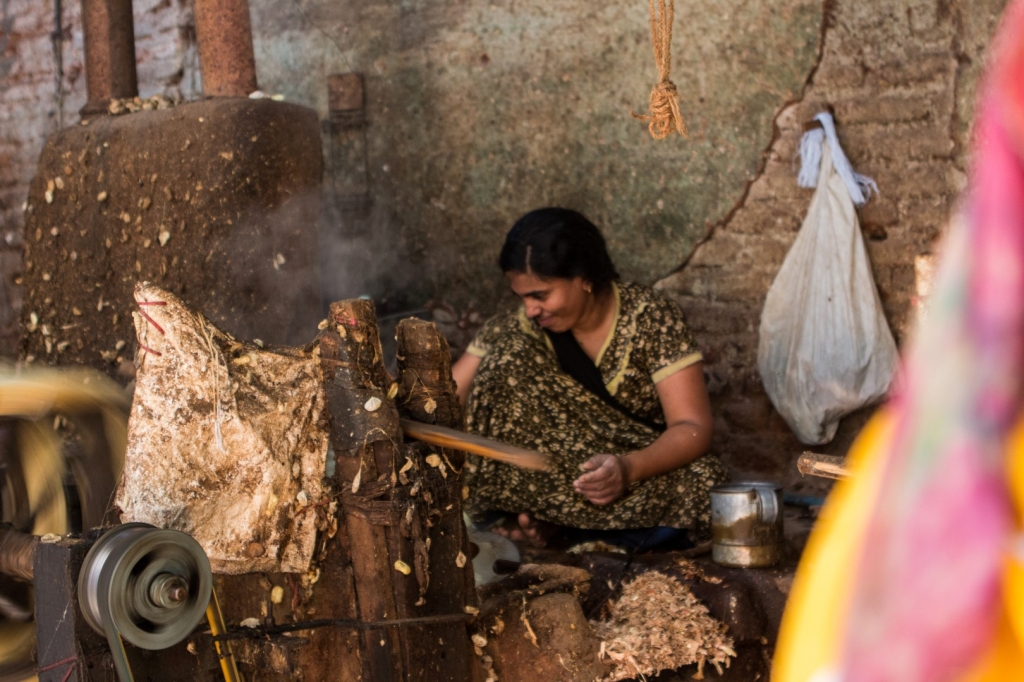 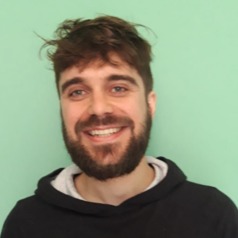 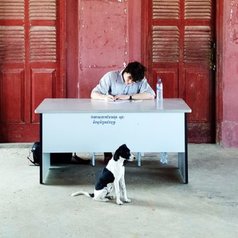 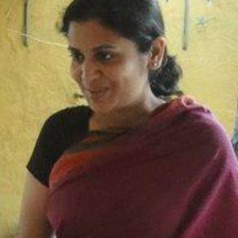 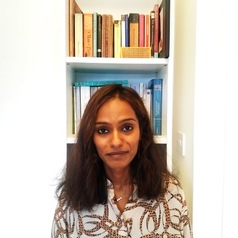 When the Nobel Peace Prize was awarded to Bangladeshi economist Muhammad Yunus in 2006 for his concept of microfinance, it brought what began as a local policy experiment in the 1970s to global attention.

Microfinance programmes – small-scale lending programmes targeted at low-income households that normally fall through the cracks of formal lending systems – were supposed to provide the poor with the capital they need to open a street stall, invest in their farmland, or buy materials to make handicrafts.

Up until the late 2000s, microfinance was hailed as a financial magic bullet by many. It would lift the world’s poor out of poverty and empower women. Only, it hasn’t quite turned out that way.

Such loans have undoubtedly helped many people. Yet the capacity of microfinance to “make poverty history” has been repeatedly called into question by researchers. In their review of the research, development scholars Maren Duvendack and Philip Mader found that the effects of microfinance loans on poverty, health and other social outcomes were “small and inconsistent”.

Meanwhile, the growth and widespread privatisation of the sector has seen increasingly vulnerable households brought into microfinance schemes, often in the name of helping them to recover from ecological and economic shocks. And despite years of controversy over its effectiveness, 2019 saw a historical peak in both the number of borrowers globally, rising to 140 million, and the sum total of all loans owed to microfinance institutions (MFIs), at US$124 billion (£99 billion).

Microfinance in a pandemic

We now have a unique opportunity for reflection. In April 2020, the International Labour Organisation estimated that 1.6 billion informal workers across the global south could see their livelihoods destroyed. So what role has microfinance played in helping to alleviate this crisis?

Only a few months into the pandemic, little is known for sure. Yet prior research offers some stark insights in this respect. Crucially, it betrays the extent to which microfinance loans are repaid not through profits from the small businesses they help, but wages and salaries they have played no role in creating. Microfinance loans are often used to meet daily expenses such as health and food, rather than set up businesses. Worse still is the precarious nature of the income needed to repay these loans.

In Cambodia, for example, microfinance loans are often taken out by labourers in the garment and construction industries, many of whom are migrants from rural areas pushed out of agriculture because of flooding and forced to take on this low paying work in the cities. These borrowers are in no position to establish their own businesses but use the loans to buy the goods they need during times of scarcity and struggle to repay them with their earnings from wage work.

When levels of debt become unsustainable, many are forced to seek out debt bondage – labour, often compelled, as a means of paying off debt – on brick kilns to repay microfinance loans. Now borrowers with no incomes as a result of the pandemic but with microfinance loans to repay could be at higher risk of entering such exploitative work. 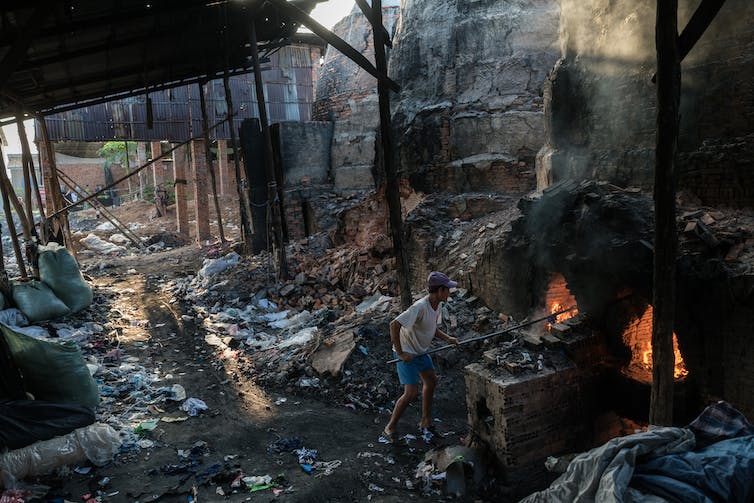 In many cases, then, loans threaten livelihood security rather than creating it. This has been thrown into stark relief by the COVID-19 crisis. The shutdown of large parts of Cambodia’s dominant garment industry and laying off of over 200,000 workers has seen many families faced not only with a loss of income, but also pressing monthly loan repayments they are unable to repay. Many families say they are more afraid of the banks than the virus.

This is hitting women hardest. Microcredit is primarily targeted at women, meaning that the worries of daily income for household needs and debt repayment fall overwhelmingly on female shoulders.

From non-profit to commercial

The commercial nature of the microfinance sector is key to understanding the pressure borrowers face. In some of the most heavily indebted countries, such as Cambodia and India, the microcredit sector has shifted from a not-for-profit approach to a neoliberal model dominated by commercial banks. While previously loans were tightly regulated in terms of amounts, interest rates and collateral, and often underwritten by states when necessary, now lending has expanded to allow more unstable borrowers to take part without state protection or relief in times of crisis.

Returns for microfinance investors are incredibly high, with average portfolio yields in 2017 reported at 19.2%, in comparison with 5-10% for commercial and retail sectors. Microfinance borrowers pay a much higher rate to borrow than their wealthier counterparts. In India for example, debtors are lured to take on unsustainable amounts of debt, with MFI loan officers incentivised to increase borrower numbers, and then disciplining them to repay through threats and abuse. 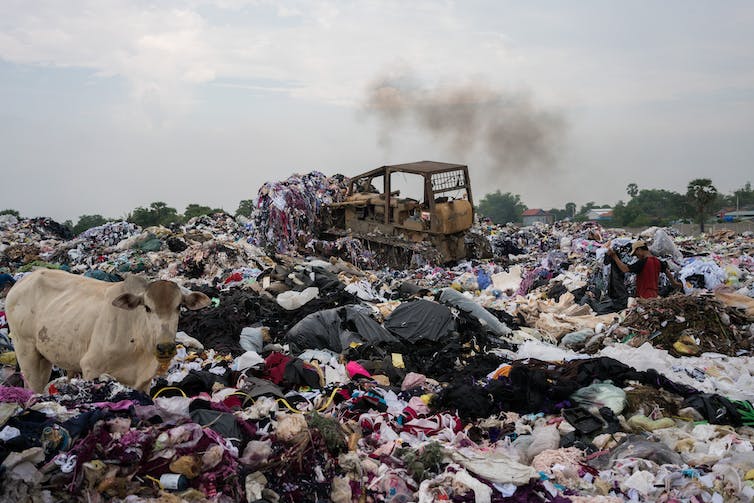 A waste site on the outskirts of Phnom Penh, Cambodia, used by the garment industry to dispose of offcuts. Some of these are intercepted by kiln owners and used as cheap fuels in kilns. Thomas Cristofoletti/Ruom © 2018 Royal Holloway, University of London, Author provided

Microfinance loans, then, are hardly a tool of resilience, especially when widespread shocks such as a global pandemic threaten not only borrowers but the industry itself. In India, while microfinance repayments are on hold – for now – interest continues to accrue, safeguarding returns to their investors through a period when borrowers have no incomes.

Further, the push for microfinance lending as part of plans to re-stimulate the economy could leave borrowers impoverished by expensive debt through a period of uncertain employment. Existing and future loans pose a serious threat to poor women.

The coronavirus-driven labour crisis across much of the developing world, therefore, risks a second crisis, with food insecurity combined with threats from creditors. Rather than empowering households, and particularly women, microfinance is instead physically depleting them, as the delicate tightrope walked by low-income households is made still more precarious by the demands of debt.