Michael Schumacher: Row between F1 legend’s wife Corinna and his ex-manager erupted after she was accused of hiding Schumi 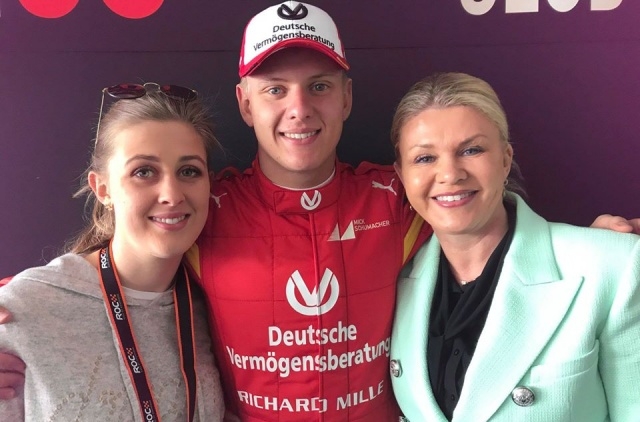 Michael Schumacher’s wife Corinna and his former manager Will Weber are said to be involved in a bitter feud after the latter accused the F1 legend’s wife of cruelly hiding him away from the public and his friends. Weber reportedly alleged that Corinna does not want the truth about his condition to be revealed; that is why she has been giving reasonable reasons as a disguise.

The allegations coming from Schumi’s ex-manager

Express reported that Willi Weber, Michael Schumacher’s former manager, claimed that Corinna is only hiding away her husband because she does not want the truth about his health condition to be known to the world. It was said that she keeps on saying that it was her husband’s wish to keep everything a secret but Webber insists, it is a lie.

Rather, he said that Corinna enforced a tight control over the privacy regarding Schumi’s health because she is afraid for the truth to come out. The former manager divulged that only a few people are granted permission to see him and said that he had been banned from seeing the racing champ.

“I know that Michael has been hit hard, but unfortunately I do not know what progress he makes,” the publication quoted the ex-manager as saying in a shocking revelation. “I’d like to know how he's doing and shake hands or stroke his face but unfortunately, this is rejected by Corinna and she's probably afraid that I'll see right away what's going on and make the truth public.”

Corinna’s response to the claims of hiding her husband away

According to a report, Corinna did not immediately speak with the media after Weber’s claims were published but days after, she granted a rare interview with She’s Mercedes magazine. She explained that her husband Michael Schumacher is a very private person and he was the one who instructed them to keep everything about his health a secret.

“He is in the best of hands right now and we are doing everything we can to help him,” Corinna told the magazine. “Try to understand that we follow Michael’s desire to keep his health a secret.”

While it was Michael Schumacher’s instructions that pushed Corinna to enforced strict privacy, she has to deal with Weber’s anger and they are assumed to be in a feud right now. With the harsh comments left, they are surely involved in a conflict that can’t be fixed soon.