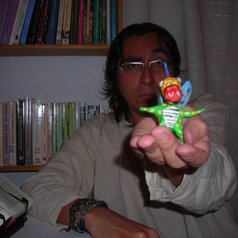 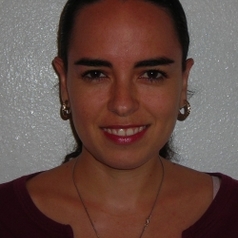 After the leftist firebrand Andrés Manuel López Obrador won the Mexican presidency in a landslide last year, he vowed to “govern for all, starting with the poor.”

In Mexico, “the poor” includes many women, who earn 34% less than men for doing the same job. Women in Mexico also face incessant catcalling and extremely high rates of violence. With 1,199 women murdered in Mexico between January and April this year – about 10 a day – Mexico is Latin America’s second-most dangerous country for women, after Brazil, according to the United Nations.

As a presidential candidate, López Obrador spoke about the challenges facing women in Mexico. His campaign even acknowledged that domestic abuse and poverty are particularly prevalent among indigenous women, and pledged to help them, too.

López Obrador’s administration has not, however, made women’s rights a priority. Instead, it has been rolling back some the few federal policies designed to protect and empower Mexican women.

Women in the workplace

Under austerity measures meant to curb public spending, López Obrador in February ended an internationally lauded daycare program that allowed low-income families to sign up for government-subsidized childcare close to their workplace or home.

Rather than pay subsidies to this network of private daycare facilities, the Mexican government will now give vouchers worth about US$80 every two months directly to families.

The new policy will give parents more choice in their childcare, the Mexican government says. Each family may now decide whether to send their children to daycare or pay “a sister, an aunt or a grandma,” López Obrador said in a Feb. 7 press conference.

López Obrador, who remains popular six months into his six-year term, additionally explained his decision to end government-subsidized daycare by saying the program was corrupt.

Lopez Obrador blamed these problems on corruption among government and private-sector middlemen, who pocketed cash meant to serve children. He says that by removing the intermediaries to give money directly to families, the opportunity for corruption is eliminated.

Public corruption is rampant in Mexico. But there’s no evidence that the childcare program suffered particularly from abuse of public funds.

In fact, Mexico’s subsidized childcare network, which has served 2 million children since it was established in 2007, has been quite successful in enabling more women to work outside the home.

According to a 2017 government evaluation, the daycare network had relieved 1,825,394 parents of childcare duties for 34 hours a week over the past decade. A significant percentage of the communities served by the daycare network were either very poor or home to a predominately indigenous population, according to the U.N., and women were the primary beneficiaries.

Women’s groups and human rights organizations in Mexico responded to the termination of the daycare program – and to the president’s suggestion that female relatives could care for Mexico’s children – with outrage.

In a joint statement released Feb. 11, 17 civil society organizations said the new policy would “strengthen gender streotypes” and “promote discrimination and gender inequality.” The groups reminded the president that women do 70% of all domestic work in Mexico and that grandmothers already care for 50% of all young children not in their parents’ care.

Mothers who used government subsidized daycare were 18% more likely to have gotten a job between 2007 and 2017 compared to those who did not receive government-subsidized childcare, according to a government program evaluation.

Even so, Mexico still has the second-lowest female participation in the workforce among developed countries, behind Turkey. Only four out of 10 women are employed outside the home.

The López Obrador administration has responded to this criticism with indignance.

After Mexico’s National Human Rights Commission ruled that ending the daycare program violated the constitutional rights of Mexican women and children, a government official sought to discredit the independent government agency as a partisan entity.

This is the first time the Mexican federal government has challenged the legitimacy of the human rights commission since its creation as a government watchdog in 1992.

Taking out the middleman

The elimination of public daycare was infuriating to López Obrador supporters who expected the president to promote a more progressive gender agenda.

So when the president announced in March that his administration would additionally slash funding for women’s shelters and instead give the money directly to victims of domestic violence, the backlash was immediate and fierce.

Worldwide, women are most likely to be murdered by a male partner and may be unsafe in their own homes, making shelters a vital sanctuary.

Public uproar forced the Mexican government to retreat on its plan to stop funding women’s shelters and give cash payments to women instead.

But, a few months later, in May, news reports revealed that women’s shelters would see substantial budget cuts under the government’s austerity measures. Twenty-nine percent of Mexico’s 81 publicly funded domestic violence shelters have received no federal funding for the second half of the year.

Women’s rights ‘not a priority’

To quell criticism that it doesn’t care about women, the Mexican government in late May announced the launch of a European Union and United Nations program in Mexico to eliminate violence against women.

Its goals, according to the EU, are to design public spaces that are safer for women, facilitate women’s access to justice and protection services and to “fundamentally change the perception of women within their families and in society.”

López Obrador wasn’t always sure that Mexico needed the help.

A spokesperson for the European Union told the Spanish newspaper El País that López Obrador initially rejected this initiative because, for his government, gender “was not a priority.”

As Mexican women have made clear, they disagree.