Impeachment: a political weapon that went out of fashion in England just as it was adopted in the US

Melania Trump’s wardrobe cost: Here’s how much Donald Trump’s wife is spending on clothes and it’s quite shocking 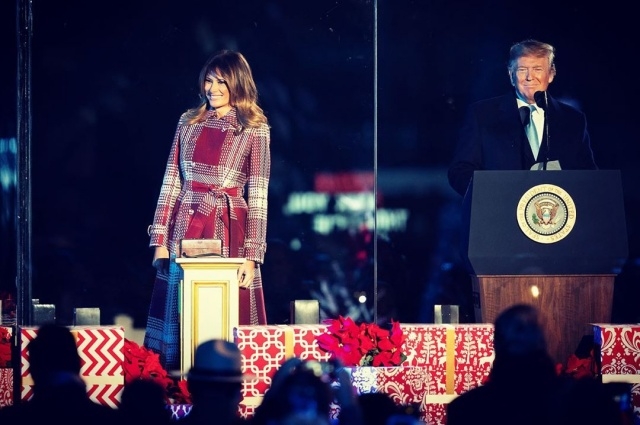 Melania Trump is a former model turned First Lady of the United States so no wonder she likes to be fashionable. However, it was recently revealed that she has been spending a staggering amount to replenish her wardrobe with nice clothes and accessories that everyone could see when she attends a public event.

Needless to say, she only dons on designer clothing pieces and this has been how it is through the years. Then again, throughout her stay at the White House as Donald Trump’s first lady, people took notice of how much she was spending to dress up to the nines.

How much is the FLOTUS’ expenses on her wardrobe?

Melania Trump has been on many major events in 2019 and this also means that she has accumulated a huge bill to maintain her fashion statement. Express reported that the FLOTUS already racked up a total of £193,694 or $259,766 on clothes and this just for this year alone. It was noted that this does not include her garments from the past year so the bill is really much higher than this.

In her most recent outing which is the NATO summit that she attended with Donald Trump in London. She met the royal family wearing her yellow Valentino cape coat that reportedly cost around $6,000.

Who advises Melania on her clothes?

Since the time when Melania Trump was shamed for the $2,950 pink outfit she wore an event where she gave a speech about issues of bullying, Grazia Daily reported that the FLOTUS needed someone who will give her advice on the way she dresses. Thus, she hired Hervé Pierre, a designer who also previously help dressed other famous First Ladies including Hillary Clinton, Michelle Obama and Laura Bush. He is apparently the person behind Trump’s expensive wardrobe.