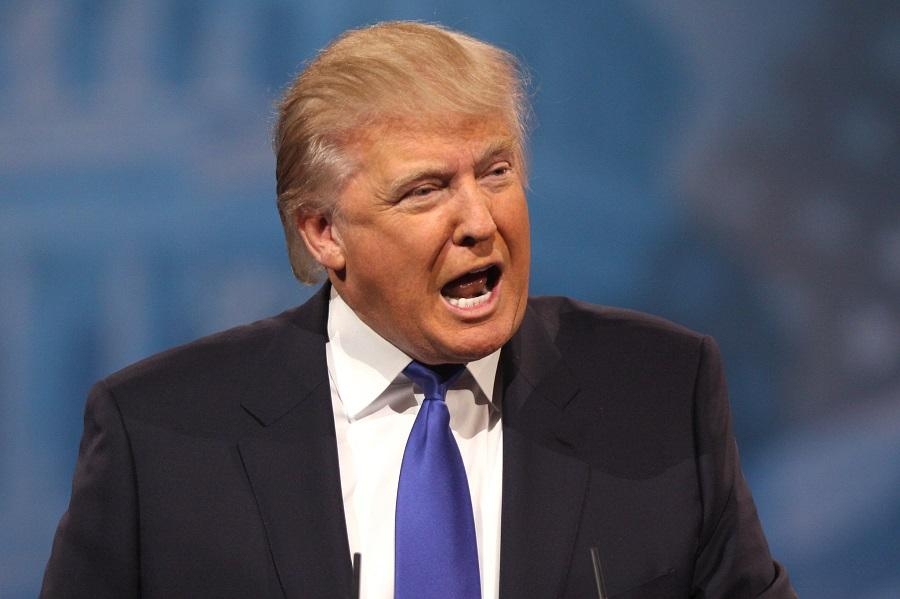 The United States President Donald Trump has once again had a tweetstorm directed, this time, at John Legend and Chrissy Teigen. The "All of Me" singer responded by suggesting that POTUS might have calmed down if only the First Lady Melania Trump gave him more attention.

Why was Donald Trump fuming at John Legend and Chrissy Teigen?

Teigen is known for social media wits with the Trumps often at the receiving end. But Pres. Trump’s Twitter rants on Monday midnight was apparently fueled by Legend’s interview with Lester Holt of “NBC Nightly News” discussing criminal justice.

Trump went on the defensive by tweeting that he had reformed the criminal justice system in America. The President also implied that the 10-time Grammy winner, who he called a “boring musician,” and the “filthy-mouthed” Teigen are grabbing credits for it. However, as the cookbook author pointed out, she was not part of the MSNBC interview.

This is not the first time Teigen was criticized for her choice of words online and, as expected, not even a tweet from Trump can make her tune it down. The model and cookbook author poked fun at the fact that Trump did not tag her on his tweet before calling the President a “p**** a** b****” on her own social media post.

Teigen can obviously fight her own online battles even if it is with the President of the United States. Meanwhile, Legend offered a different take on Trump’s fiery response at the wee hours of Monday.

Your country needs you, Melania

The Emmy, Grammy, Oscars, and Tony (EGOT) awardee called on the attention of Mrs. Trump encouraging her to shower the President with praises amid his latest Twitter rants. In an apparent attempt to further poke fun at the President, Legend said the First Lady is “rather busy” along with a GIF image of her exchanging pleasantries with Canadian Prime Minister Justin Trudeau.

The said photo was taken during the G7 meeting in late August in France. It previously went viral online with the hashtag #MelaniaLovesTrudeau as netizens insisted that Mrs. Trump joins the list of women who were photographed while seemingly admiring Trudeau.