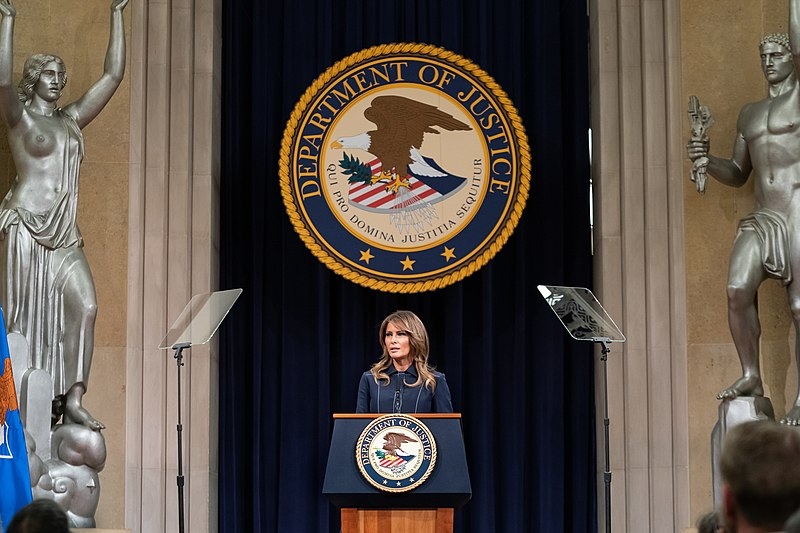 For a long time, the nature of First Lady Melania Trump’s marriage to President Donald Trump has been scrutinized, leaving many wondering how affectionate the couple is. Recently, Jimmy Kimmel poke fun about the couple in his monologues.

Kimmel brought up the First Lady and the President during his quarantine monologues and poked fun at their seemingly distant relationship. Following the news of Melania testing negative for the coronavirus, Kimmel expressed that he was not surprised that it came out negative. “Of course, she has. She’s been six feet away from her husband since Stormy Daniels. Their marriage was the inventor of social distancing,” said Kimmel.

The couple’s marriage has often been the subject of scrutiny, given how they are not very affectionate towards one another in public. At one instance, Melania was seen swatting her husband’s hand away. The speculations were exacerbated upon the revelation that Donald and Melania do not sleep in the same room in the White House, making many wonder if they were in love at all. There were also instances where Donald would leave Melania behind upon setting foot in the tarmac. The President also did not share his umbrella with the First Lady at times when they were walking or standing in the rain.

Donald has been linked to the adult film star in 2019, with Daniels confirming the alleged affair during an interview on 60 Minutes. Daniels then revealed that she was requested to stop talking about her affair. More allegations surfaced that she was also paid to keep quiet

Meanwhile, Express reports that a body language expert has analyzed the First Lady’s movements ever since her husband was elected president. According to body language expert Judi James, Melania has become a lot more confident over the time she fulfills her duties as First Lady. “There was a turning point in Melania’s body language that suggested she finally saw herself as a fully-fledged FLOTUS with popularity and status in her own right. Instead of shadowing her husband, spontaneous-looking waves and direct connections to her audience suggest growing confidence,” explained James.

James added over time, Melania and Donald have eventually seen themselves as equals.