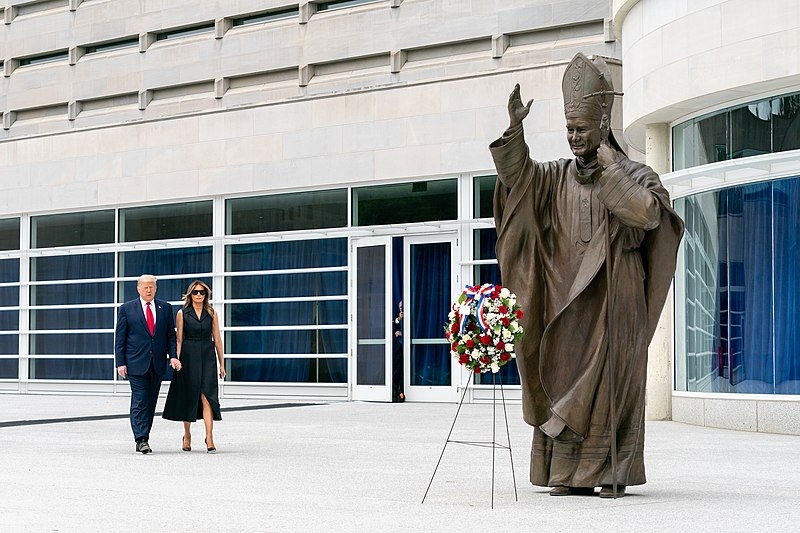 President Donald Trump is known to have had a good relationship with convicted sex offender Jeffrey Epstein, with a now-infamous photo of the two in the Mar-a-Lago resort. Fox News aired the said photo, editing out Trump but leaving out Melania Trump, who was also with him in the photo.

Over the weekend, Fox News reported on the recent allegations made towards Epstein’s longtime associate, socialite Ghislaine Maxwell. Featuring the infamous photo with Trump, the president appeared to be cropped out, but Melania, who was then known as Melania Knauss was left out of the cropped image. By Monday, a Fox News spokesperson clarified the featured photo, saying that Trump was “mistakenly eliminated” and that the network supposedly regrets the error.

Donald Trump once said in a 2002 interview that Epstein was “fun” and “terrific.” Trump also added that Epstein liked beautiful women “on the younger side,” supposedly foreshadowing the revelations that Epstein was a pedophile. Epstein was charged in 2005 for many counts of unlawful sexual acts with a minor. He later committed suicide in his cell in 2019, while awaiting trial. Maxwell was recently arrested for allegations of grooming and recruiting teenage sex victims for Epstein. She has denied the allegations made towards her.

Meanwhile, the first lady celebrated Independence Day with the president at Mount Rushmore over the weekend. Melania’s Alexander McQueen dress was mocked by users on social media, with many saying that the dress looks like it was drawn on with a permanent marker. However, the Women for Trump Facebook group claimed that the drawings featured on the first lady’s dress were of the feelings of children who have been sexually abused. Contrary to the claims, it was not the case.