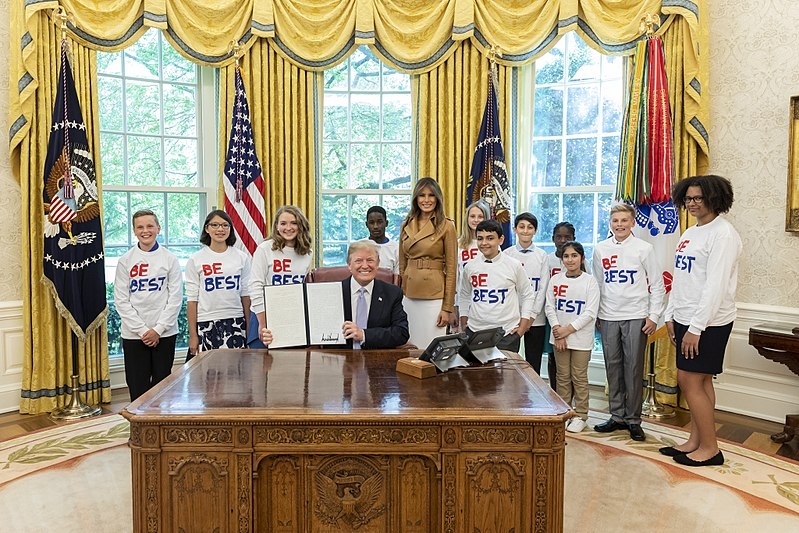 According to EliteDaily, the First Lady’s first throwback post to inauguration day back in 2018 did not have a mention of her husband. Instead, she shared a photo of herself on the arm of an officer. This year, Melania shared another throwback to that day on her Instagram with another photo of her with her husband cropped out. The original photo taken in 2017 showed Melania with her arm around her predecessor Michelle Obama. Her back was turned on her husband Donald, who was standing on her left and giving the crowd that was present a thumbs up.

Melania cropped out the photo, only sharing her photo from the shoulders up. In the caption, she wrote, “It is a great honor to serve the people of this incredible country.” Once again, she did not mention her husband, which may raise the eyebrows among those who are curious as to why she would not mention Donald nor include him in these throwback posts.

Her stepdaughter Ivanka Trump on the other hand, also shared a throwback photo on her Instagram as well. But her photo included herself, her brother and stepbrother, and of course Melania and Donald as he is sworn into office. In her caption, she wrote, “3 years to the day later...America is safer, stronger, and more prosperous than before! God bless the President and God bless the USA!”

Meanwhile, aside from Melania’s choice in photos, she has always drawn comparison to her predecessors, now more than ever. But it appears that the First Lady has molded the role into her own, including skipping on certain First Lady traditions. First of which is not moving into the White House right away after the inauguration, instead choosing to move to Washington five months later. The second is not hosting the State Dinner, a tradition that usually First Ladies plan and host at the White House. The third is that she did not accompany Donald to the State of the Union address and instead chose to attend with her own guests.